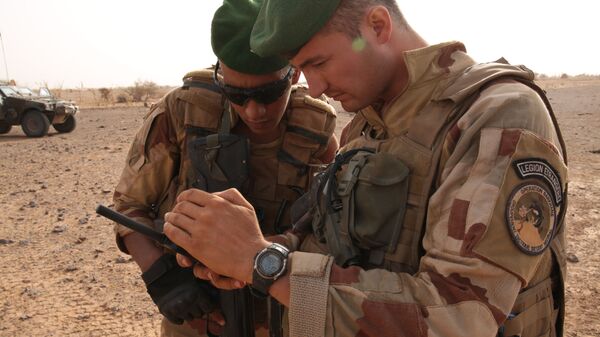 The two soldiers were killed after their armored vehicle was stricken by an improvised explosive device, the Elysee Palace said in a statement on Saturday evening. According to the statement, a third serviceman was injured in the blast.

The blast took place on Saturday morning in Tessalit province of the northeastern Malian region of Kidal.

Earlier in the day, a military source said that three servicemen have been injured in an explosion of a French military vehicle.

Some 4,000 French soldiers have been stationed in Mali since 2013 as part of the Barkhane operation, which is conducted by France in Africa's Sahel and aims to fight terrorism and stabilize the situation so that the region's countries can maintain security on their own.