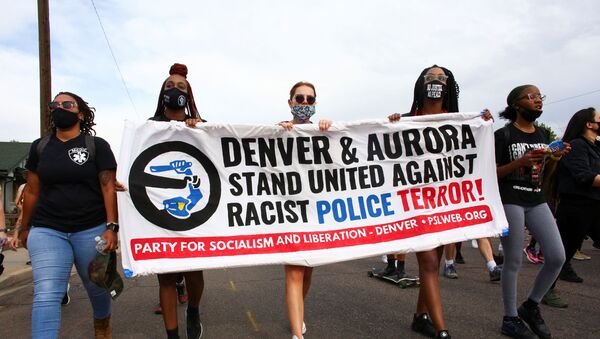 Tim Korso
All materials
The new directive follows a report concerning the US Department of Energy conducting a probe into the Sandia National Laboratories (SNL) use of taxpayer dollars to exclusively "educate" white male executives about the "privilege" they allegedly enjoy and the racism they purportedly help perpetuate.

The White House Office of Management and Budget (OMB) has issued a memo ordering all federal agencies to shut down training courses for their employees that utilise "critical race theory", RealClear Politics and The Washington Post reported, citing the obtained document. The said theory is a legal academic thesis that suggests government bodies and state laws are inherently racist in their nature and perpetuate "white supremacy".

The OMB reportedly said in the memo that the move was ordered by President Donald Trump himself, who has grown increasingly concerned that government funds are being used to preach ideas that this very same government is "racist" – a notion strongly denied by the White House and POTUS.

"The president has directed me to ensure that federal agencies cease and desist from using taxpayer dollars to fund these divisive, un-American propaganda training sessions", the cited memo says. 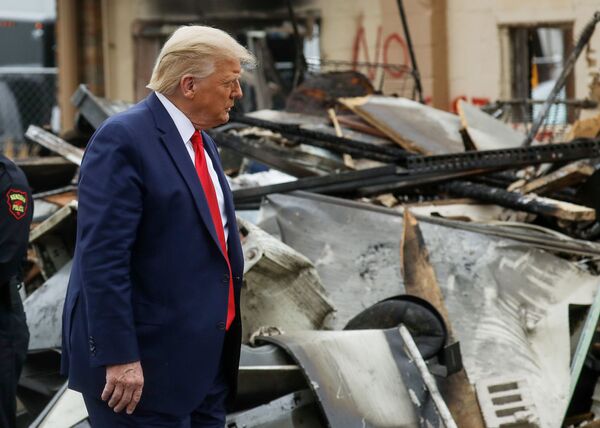 U.S. President Donald Trump views property damage to a business during a visit to Kenosha in the aftermath of recent protests against police brutality and racial injustice and the ensuing violence after the shooting of Jacob Blake by police in Kenosha, Wisconsin, U.S., September 1, 2020
© REUTERS / LEAH MILLIS

The reported White House memo further condemned the idea of teaching employees in the Executive Branch the notion that "virtually all White people contribute to racism" and that they all "benefit from racism". The administration noted in the document that it stands for the "fair and equal treatment of all individuals" in the US, the media reported.

"We cannot accept our employees receiving training that seeks to undercut our core values as Americans and drive division within our workforce", the alleged memo says, adding that critical race theory contradicts "the fundamental beliefs for which our nation has stood since its inception".

Mandatory 'Workshops' on 'White Male Privilege' in US

While the reports did not definitively link the new reported measure to end training sessions on critical race theory with recent events in the US, including protests against racial injustice, the Department of Energy (DoE) has been conducting a probe into similar courses organised at the Sandia National Laboratories (SNL) using government funding. These so-called "social workshops" were reportedly made mandatory for all white male executives at SNL, but the DoE says it was not aware of these sessions and promised to ensure that all SNL employees receive "equal treatment".

The courses were allegedly organised to fight "racism, sexism, and homophobia" among laboratory employees, but according to author and researcher Christopher Rufom, who first exposed the phenomenon, they were essentially "re-education camps" based on the ideas of critical race theory. Their attendees had to go through a series of sessions during which they were "taught" about the "privilege" they purportedly enjoy on a daily basis, how it allegedly discriminates against other races, ethnicities, genders, and sexual minorities. In the end, the participants had to write an "apology" for allegedly exercising their "white male privilege" and promising to change their behaviour, regardless of how they actually acted in the past towards these social groups.