'The Person I Am': Greta Thunberg Hails Her Portrayal in New Docu as 'Shy, Nerdy' Girl 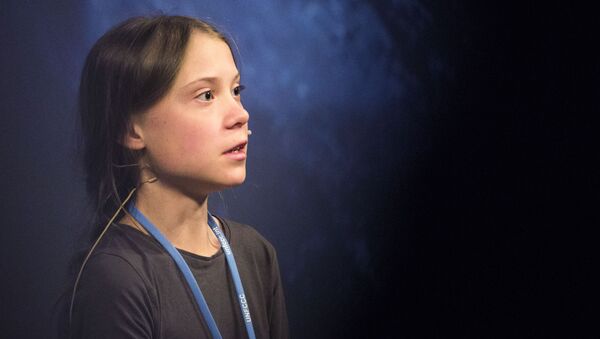 Lilia Dergacheva
All materialsWrite to the author
The newly released "I Am Greta" documents the everyday life of Swedish girl Greta Thunberg, the figurehead for a global climate crisis campaign that has attracted both praise and stringent criticism alike since her rise to prominence in 2018.

Greta Thunberg has lauded the film "I am Greta" that premiered at the 2020 Venice film festival, for what she deemed to be a true to life portrayal of her – as "a shy and nerdy person" who "loves her dogs and routine" but whose life has been drastically changed by the climate cause.

The Swedish teenage climate activist allowed filmmaker Nathan Grossman to follow her for a year after he first met her in 2018, on the first day of Thunberg's solo school strikes. 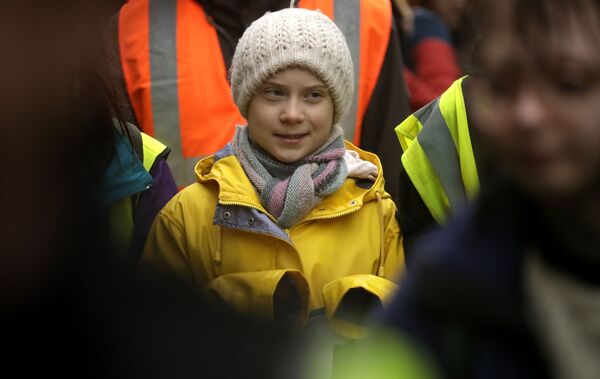 Thunberg told AFP she hoped the often touching movie that tracks her stunning rise would put an end to the "conspiracy theories that I don't think for myself and someone else writes my speeches".

"In the movie you can see that is not actually true, that I do decide for myself", said the activist, commenting on the film via Zoom during a break in classes at her secondary school in Stockholm.

The new docu shows her emergence as a top celeb, while shouldering "too much" responsibility to remind the world and its leaders of the ongoing existential crisis.

"It is such a responsibility. I don't want to have to do all this", she said, as the fly-on-the-wall documentary depicts everything from her vegetarian eating habits to dancing in her pyjamas for effective stress relief.

While critics blasted her as "mentally ill" in the film, Thunberg, who is known to suffer from Asperger syndrome, laughed it all off, saying:

"Sometimes I think it might be good if everyone had a bit of Asperger's. I don't see the world in black and white, just the climate crisis", she quipped, reserving room for irony time and again in the movie.

The news about the film has turned out to be quite divisive, as some lamented her "mental illness", while fans weighed in hailing her "Fridays for Future" rallies.

"Hollywood needs to make a movie about a Greta Thunberg-like character who becomes a warrior for the planet and fights the fossil fuel industry from burning our planet", one urged, whereas another brought up the abuse issue:

"I wish this little girl would just go away. She is her parents spokesperson and nothing more. She did not come to these conclusions, they were given to her by her parents and she has learned to read them convincingly. She is not an activist, she is an abused child".

Others, however, rose to her defence, suggesting that criticism comes from no one else but internet trolls:

O, come on! My child has a mind of his own and he is just 13. Children have a more sincere approach to the world around us. I am glad for Greta. She should not be the only one.

It's always breathtaking to see how much this young woman triggers the trolls. Go Greta 👍

Quite a few suggested that the docu is yet another way to boost publicity and promote "political propaganda":

In other words "Please pay attention to me again!"

Like we haven't been subjected to this for decades...

Climate change is being sold to the public in the most fraudulent of ways, making people believe it's a pressing issue to force economic restructuring.

"Disgusting, why are those activists taking advantage of a mentally-ill teenager to promote their agenda?", another charged, with a third explaining Greta's passion for climate change with her diagnosis:

"I wouldn't call her mentally ill. She is an Aspie, and they can fixate on a subject to the point we would call obsession. If anything, she lacks diverse information, thus comes to a singular conclusion that is ill-informed".

Thunberg shot to prominence in 2018 following her solo protests in front of the Swedish parliament, and her popularity has since skyrocketed, with major organisations giving her a platform to speak from. However, the Greta Thunberg phenomenon has been controversial from the very start, as many increasingly saw her being a protégé of some money-thirsty adult lobbies behind her, promoting economic change under the pretext of the urgency of climate issues. Conservative politicians, including President Donald Trump and Brazil's Jair Bolsonaro, called out Thunberg's rallies, with POTUS inviting the 17-year-old activist to work on her "anger issue". 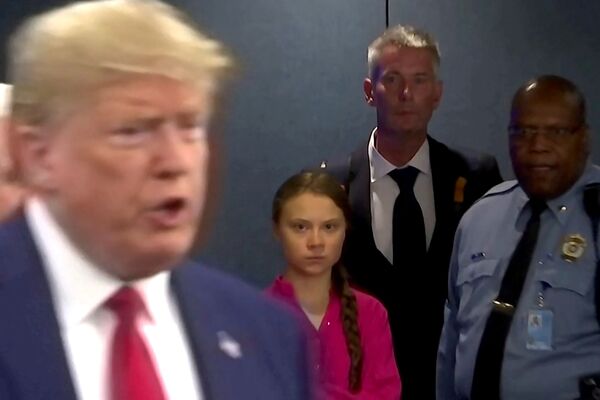 Swedish environmental activist Greta Thunberg watches as U.S. President Donald Trump enters the United Nations to speak with reporters in a still image from video taken in New York City, U.S. September 23, 2019
© AP Photo / Andrew Hofstetter
Newsfeed
0
Access to the chat has been blocked for violating the rules . You will be able to participate again through:∞. If you do not agree with the blocking, please use the feedback form
The discussion is closed. You can participate in the discussion within 24 hours after the publication of the article.
To participate in the discussion
log in or register
loader
Chats
Заголовок открываемого материала