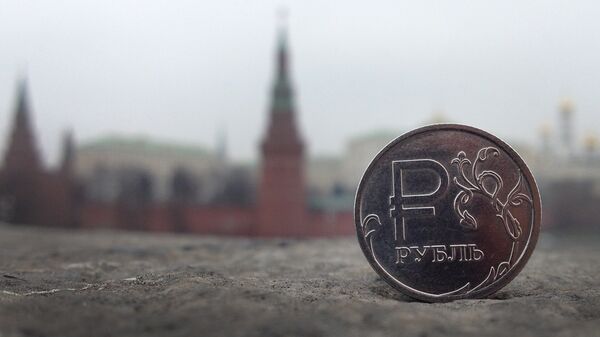 Tim Korso
All materials
The author of the article notes that Russia in 2020 is far from the country that faced the first wave of economic sanctions in 2014 over Crimea and the conflict in eastern Ukraine.

While politicians are discussing the possibility of introducing sanctions against Russia over the still-to-be-proven poisoning of opposition figure Alexei Navalny, they are oblivious to the fact that Moscow has accumulated reserves vast enough to make it through practically any punitive economic measures, Holger Zschäpitz, chief business editor for Die Welt, has written.

He underscored that Moscow's economic reserves recently reached a new height of $600 billion, despite oil prices being far from what they used to be and in the face of persisting economic sanctions. In Zschäpitz's opinion, this became possible due to President Vladimir Putin's view on certain aspects of the government economy – keeping the debt as low as possible, while ramping up reserves.

"Russia’s foreign exchange reserves are the fifth highest in the world and national debt the fifth-lowest. Any talk of a Russia financial crisis is clearly nonsense", the author cites strategist Chris Weafer from the Macro-Advisory consulting agency as saying.

Die Welt's editor went on to notice that in 2020 alone, Russia's reserves grew by $47 billion and most of it was denominated in gold. The latter is one of the latest changes to the country's policy that Zschäpitz claims Putin has undertaken – the country has shifted from major dollar-denominated reserves, namely US securities, to the precious metal. Gold's share of Russia's reserves spiked from around 2% in 2008 to around one quarter in 2020. 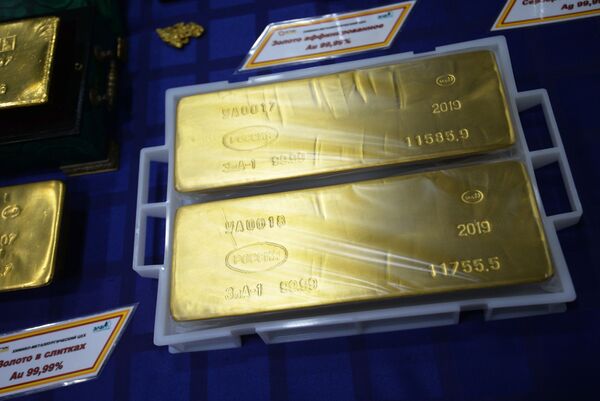 While the author admitted that betting on gold does come with a risk due to its lower liquidity compared to other instruments, he still noted that the country is not the same as it was in 2014, when it first encountered Western sanctions and started to rapidly lose its reserves. Zschäpitz notes that the Russia of 2020 won't be affected as much as it was six years ago by any new sanctions, should the EU and US introduce them amid accusations that Navalny was poisoned.

So far, German authorities have failed to provide Russia with documents and information, which Moscow has requested, relating to the accusations. They announced on 2 September that traces of a military-grade nerve agent from the Novichok group had been found in the political activist's blood, despite him having been checked for toxins in the Russian clinic where he was initially hospitalised on 20 August, with the results coming back negative. He was taken there after falling gravely ill during a flight to Moscow, with doctors spending 44 hours fighting to stabilise his condition. Before he was granted permission to be taken to a German clinic, following a request from his relatives, the Russian doctors made a preliminary diagnosis saying that his condition could have been due to a sudden drop in glucose levels caused by metabolism issues.