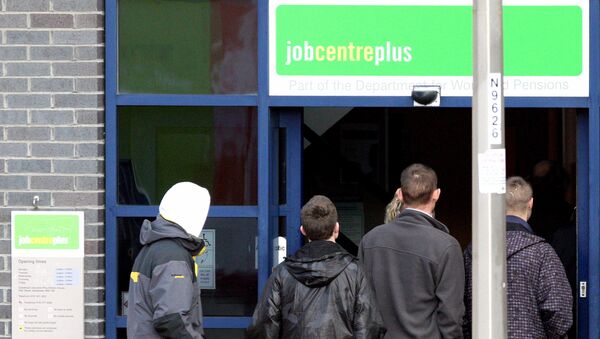 The US Department of Labor has changed how it calculates seasonal adjustments for unemployment, a move that may be a political effort to manipulate unemployment numbers during an election year, Steve Grumbine, founder and CEO of Real Progressives and Real Progress in Action and host of the podcast Macro n Cheese, told Sputnik.

The Labor Department on Thursday announced in a news release that the seasonally adjusted number of initial claims for jobless benefits fell by 130,000 from the previous week to 881,000. In addition, the latest data shows that the number of people collecting unemployment benefits through regular state programs also decreased by 1.24 million for the week that ended August 22. The figures may reflect the methodology change in how the Labor Department calculates seasonal adjustments.

“What they’re really trying to do, they’re trying to say, ‘Hey, look. This is a once-a-century kind of scenario. We don’t know how to handle gauging what’s happening around us. We don’t know how many of these are directly related to COVID-19 shutting down the economy and how many of them are typical seasonally adjusted rates that we have for summertime employment and Christmas employment and stuff like that. So, I’ll be perfectly honest with you, it’s a bit of a mystery,” Grumbine told hosts Michelle Witte and Bob Schlehuber on Thursday.

“But I’ll say this: given that it’s an election year and given that all of a sudden they’re trying to show that jobs are not as bad as it seems, although we know clearly that they are very, very bad … I think there’s a little bit of politics going on here, to say the very, very least,” Grumbine noted.

“While I can’t give you the formula that they’ve tried to use to do this, there’s no question whatsoever that two things are at play: 1) We’re in unprecedented territory, they don’t know how to handle it, and 2) We’re in a political year, and it wouldn't shock me at all if in fact this was something that was brought in by the Trump administration to kind of make things look a little better than they are,” Grumbine added.

The latest data by the Department of Labor also shows that applications for another unemployment program created in March to cover gig workers, the self-employed and those with special circumstances, like not being able to go to work due to lack of child care, increased for the second week in a row.

“We’ve gotten away from full-time employment. You look around - there’s so many contractors that are at-will employees. Forget just the contractors that are at-will employees. We also have … the gig economy people out there trying to make a buck by hook or by crook, and what’s happened is there’s no money out there for people to do extraneous things, to do extra stuff that they otherwise have invested in,” Grumbine noted.

“So, the gig economy is very highly dependent on people having some liquidity to be able to pay for these gig-type jobs. And with Uber, for example, many people aren’t going out, they’re not traveling out with the pandemic, so Uber drivers are missing money,” he added.