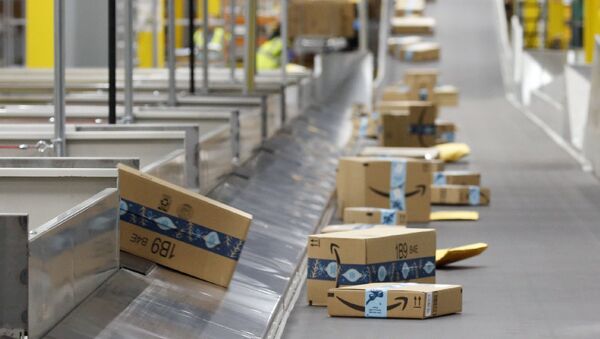 Amazon has seen a huge rise in sales during the coronavirus crisis as consumers seek to obtain goods without leaving home. But critics are increasingly raising concerns about conditions with the company and its contractors.

Amazon says it plans to create 7,000 more jobs in Britain this year, on top of 3,000 new recruits already hired by the online retail giant in 2020.

But concerns have been raised about the conditions of lorry drivers employed by a haulage firm supplying Amazon in western Europe.

The Guardian claimed lorry drivers delivering to Amazon distribution hubs across Europe were being asked to manipulate tachograph machines which govern the amount of time they can drive and how much rest they are supposed to take.

​It said drivers working for Hegelmann, a Kaunas-based haulage firm which has a contract with Amazon, were also paid around 1,500 euros a month - around 1.3 times the Lithuanian minimum wage - and considerably less than what would be earned by truck drivers in Germany and other western European countries.

The allegations would mean Hegelmann was in breach of the retail giant’s pledge about working conditions in its supply chain.

It comes only days after Amazon - whose owner Jeff Bezos is worth an estimated US$204.6 billion - withdrew job adverts in which they appeared  to be hiring people to spy on their own workers. 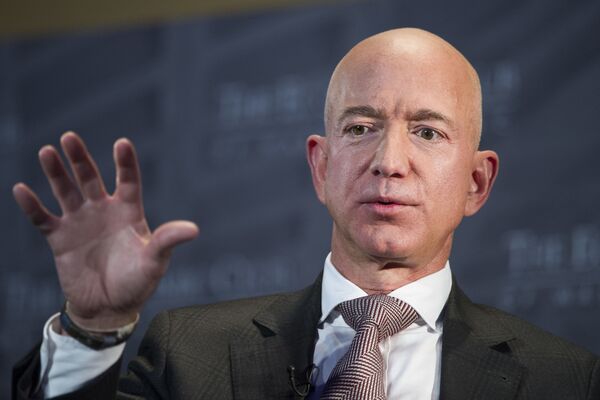 An advert for an "intelligence analyst" based in Arizona read: "Analysts must be capable of engaging and informing... stakeholders on sensitive topics that are highly confidential, including labour organising threats against the company."

Bernie Sanders tweeted: "Jeff Bezos became the richest man on Earth while spying on, underpaying, and mistreating his workers. We must build a powerful trade union movement to stand up to the billionaire class and finally say ‘Enough. You cannot have it all’."

Amazon later claimed: "The job post was not an accurate description of the role - it was made in error and has since been corrected."

In July Amazon reported a 33.5 percent increase in growth in worldwide revenue in the second quarter of 2020. It said online grocery sales had tripled and it had managed to increase its delivery capacity by 160 percent.

Jeff Bezos just became the first person to ever be valued at $200 billion.

​Amazon plans to open two new distribution warehouses in the UK - in Durham and Sutton-in-Ashfield - and is hiring warehouse workers, engineers and IT specialists to work across 50 sites in Britain.

But the increase in demand has put pressure on Amazon and its suppliers.

Three lorry drivers working for Hegelmann - from Ukraine, Belarus and Uzbekistan - have made similar allegations against the company, which is based in Lithuania and has a fleet of 700 lorries.

The Dutch trade union VNB said it was not the first time allegations had been made against Hegelmann.

VNB’s lead investigator, Edwin Atema, said: “Our findings are shocking and we consider Hegelmann’s activities to break Europe’s most important and fundamental principles of security for workers and fair competition between companies.”

​Hegelmann’s CEO, Siegfried Hegelmann, said the company did not condone malpractice and would investigate any allegations of manipulating tachographs.

An Amazon spokesman told the Guardian: “All partners are required to comply with applicable laws and Amazon’s supplier code of conduct, which focuses on fair wages, benefits, appropriate working hours and compensation. We take immediate action if we find a partner is not complying.”