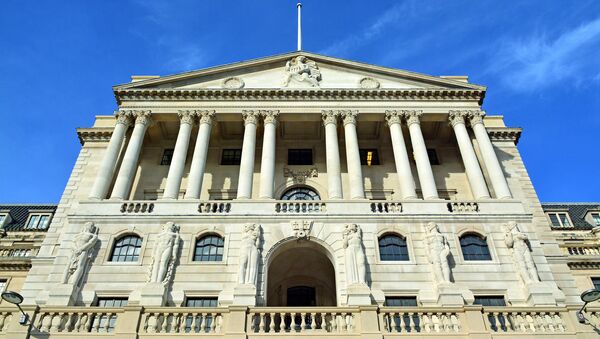 CC BY-SA 2.0 / Images George Rex /
Subscribe
Svetlana Ekimenko
All materialsWrite to the author
In August the Bank of England predicted the nation's economy would grow by 9 percent in 2021, forecasting it would bounce back to its pre-pandemic levels by late 2021, under the conditions that there was no second wave of the coronavirus and that a smooth transition to post-Brexit economic arrangements with the EU was negotiated.

The post-coronavirus recovery of the UK economy is being impeded by fears that COVID-19 might return with a vengeance, Governor of the Bank of England Andrew Bailey is cited as saying by The Telegraph.

The Governor addressed MPs on the Treasury Select Committee, highlighting that crucial parts of the economy were still operating far below normal levels due to “natural caution" displayed by both consumers and businesses. 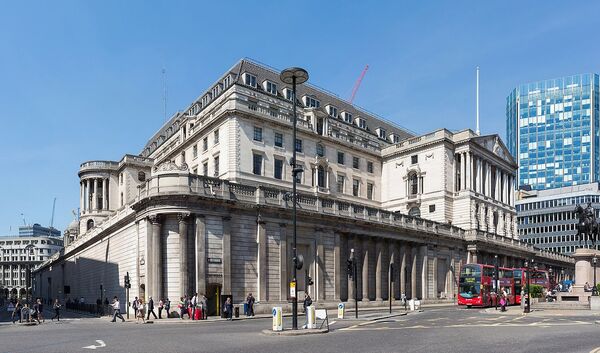 Concerns over a possible second wave of the respiratory disease have resulted in consumers staying away from pubs, restaurants and other hospitality companies. Investment has also stalled, as diverse companies show a disinclination to invest, held back by fear of longer-term economic damage.

Nevertheless, some positive signals in the economy were underscored by the Bank of England Governor.
He noted that household spending had returned to pre-pandemic levels surprisingly quickly.

“Household spending is now close to its pre-pandemic levels, but it is a pretty uneven picture,” said Bailey.
The same was suggested as applying to retail sales and the housing market.

However, the health crisis was suggested as having left a lasting impact on the economy, as the social distancing protocols and lockdowns resulted in a dramatic surge in internet use and remote working, boosting the expanding online retail market, while leaving the high street struggling to pick up its performance.

This misbalance might potentially trigger mass job losses, leading to a temporary spike in unemployment.

“It is uneven in terms of its makeup across different parts of consumption. We have seen a very rapid recovery in the housing market, the numbers on mortgage approvals are very strong. Spending on things like home improvements, has been strong. But social spending, of the type of eating out, still has not recovered strongly,” said Bailey.

Businesses are understandably wary amid the uncertainty spawned by the coronavirus pandemic, displaying “natural caution”, according to the Governor.

“So far the recovery of consumption, of household spending, has been very fast. That is to some degree, but not completely, offset by a very weak story on investment."

Bailey's comments feed into speculation that the protracted lockdown measures introduced in the UK to try and curb the spread of the coronavirus , as well as the country’s death rate due to COVID-19 (41,600 according to Johns Hopkins University) have left people too scared to return to their daily routine.
Consumers are reluctant to use public transport, work in offices or socialize, recent research by Morgan Stanley has shown.

Only 37 percent of UK office workers have returned to their desks, according to research, compared to 70 percent in Europe.

Alex Brazier, a financial policymaker at the Bank, was cited by the outlet as believing it was unlikely workers would swiftly return to the dense environment of city centres.

As the economy faces the risk of a slower-than-predicted return to normality, delayed by possible COVID-19 local or national outbreaks, Andrew Bailey said the Bank was ready to take more action to extend extra support.

If the economy were to take a long-term hit surpassing the 1.5 percent of GDP predicted by the Bank in August, more quantitative easing might be carried out, to inject newly printed money into the system by buying bonds.

As to a “worst case” scenario, which might be brought about by a major second wave of COVID-19 or collapsed Brexit trade talks, the Bank could consider taking interest rates below zero, acknowledged Bailey.

In such conditions, said the Governor, “the case for bringing [negative rates] out of the toolbox would be strong.”

In August, the Bank of England anticipated the UK's economic crunch to be less severe than initially believed, predicting the economy would shrink by 9.5 percent in 2020, making it the biggest annual decline in 100 years, but below the initial estimate of a 14 percent fall.