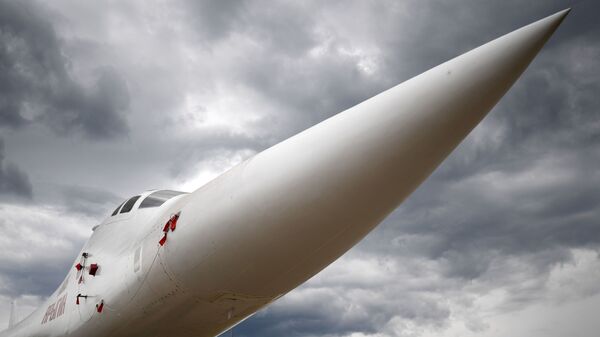 © Sputnik / Evgeny Odinokov
/
Go to the mediabank
Subscribe
International
India
Africa
Ilya Tsukanov
All materialsWrite to the author
Russia is a major air and aerospace power, with its planes constituting about 7 percent of the world’s military aircraft and the country becoming the first in the world to be armed with hypersonic missile technology.

The veteran military analyst, who has authored over a dozen books on Soviet and Russian military aviation in English and Polish, points out that the Tu-160 is not only “the world’s largest combat aircraft,” but has a 3,700 mile (5955 km) practical range from airfield to target and back, inflight refueling capability, and is armed with Kh-101/Kh-102 cruise missiles, which can be launched from a stand-off range of 2,500 miles (over 4,000 km).

“During coming upgrades, Blackjacks will receive the new Kh-BD cruise missile, an extended version of the Kh-101/Kh-102 that is supposed to add 50% more range,” Butowski writes.

Alternatively, the bomber can also carry a dozen Kh-16 (NATO designation ‘Kickback’) nuclear-capable hypersonic aero-ballistic missiles, which have an operational range of about 300 km. 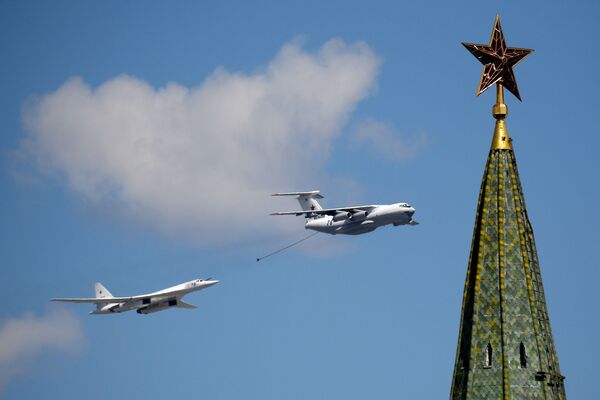 IL-78 aerial refuelling tanker and Tu-160 strategic missile carrier bomber during the air part of the military parade to commemorate the 75th anniversary of Victory in the Great Patriotic War of 1941-1945 in Moscow.
© Sputnik / Nina Zotina
/
Go to the mediabank

Along with the Tupolev Tu-95MSM (NATO designation ‘Bear’), the Tu-160 makes up the backbone of the aerial component of Russia’s nuclear triad, and the aircraft, which were originally introduced into service in 1987, have been continually modernized, with the Russian military expecting to keep them in service until at least the 1960s.

The military currently has 17 upgraded Tu-160s in service, with ten more on order and expected to be delivered by 2027.

Capable of carrying out both strategic and conventional strikes in remote geographic areas in the enemy’s rear, the Tu-160 has appeared in the news from time to time, striking terrorist targets in Syria, carrying out patrols along Russia’s borders, and making much-talked about flights to Venezuela and South Africa.