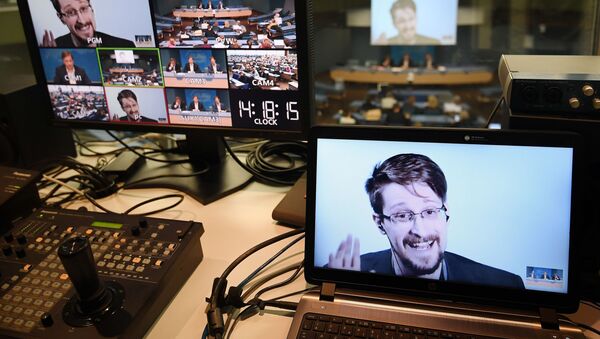 Former NSA contractor Edward Snowden revealed that the NSA's mass surveillance programme collected telephone, email and internet browsing records on nearly everyone in the United States, despite a law prohibiting the monitoring of US citizens without a court order.

The US Court of Appeals has ruled that the mass surveillance programme conducted by the National Security Agency, including the bulk collection of phone records, was illegal, the American Civil Liberties Union (ACLU) said on Wednesday.

"A federal appeals court just ruled that the NSA's bulk collection of Americans’ phone records was illegal. This ruling, which confirms what we have always known, is a victory for our privacy rights", ACLU said via Twitter.

According to the court ruling, the collection of millions of phone records violated the Foreign Intelligence Surveillance Act (FISA) and might have also violated the Fourth Amendment. The court referred to the case of four members of the Somali diaspora who have been convicted of for sending, or conspiring to send, $10,900 to Somalia to support a foreign terrorist organisation after the NSA obtained certain phone calls data. Their case, according to the ruling, have raised questions about the government's authority to collect data about citizens "under the auspices of foreign intelligence investigation".

In 2019, the ACLU said it obtained new documents showing that the NSA continued to illegally collect phone records on millions of Americans after claiming it had resolved technical problems that led to earlier unauthorised collections. The documents released by the ACLU show the NSA improperly collected Americans' call records in November 2017 and February 2018 and then began purging 600 million call records in June 2018.

Following disclosures about the mass surveillance  programme by Snowden, the US government set limits on the NSA's collection call records.