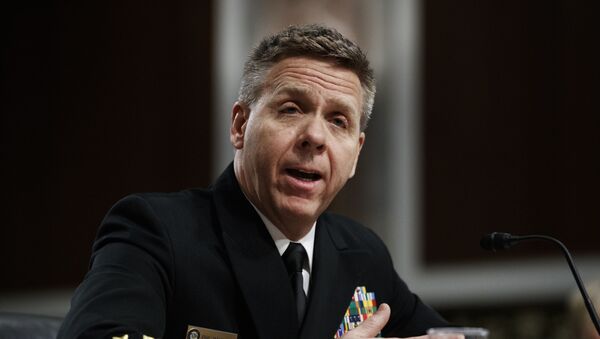 WASHINGTON (Sputnik) - US Indo-Pacific fleet Commander Admiral Philip Davidson during the commemoration of the 75th anniversary of the end of World War II in Hawaii accused China of attempting to undermine the international order and characterized the country as being “a strategic threat".

“An emboldened Communist party of China seeks to change the world to one in which Chinese national power is more important than international law. [China is trying] to coerce, to corrupt and to contest the rules-based international order”, Davidson said on Wednesday.

Davidson delivered his speech aboard the battleship USS Missouri, where Japan signed an unconditional surrender in 1945 to allied nations, including China. The ship is moored in Pearl Harbor.

“Today, as we address the strategic threat of China and the other security challenges throughout the Indo-Pacific region, the memory of our greatest generation leaves on, it leaves on in our soldiers, our sailors, our airmen, marines and our coast guardsmen today”, Davidson said.

Americans remember their World War II heroes and pay tribute to them by continuing to defend the values of a free and open Indo-Pacific region and keeping the United States, its allies and partners free from tyranny while defending our shared values, Davidson added.

US Defence Secretary Mark Esper said during the ceremony that strengthening the existing alliances and forging new ones is a centerpiece of the United States’ strategy in the Indo-Pacific.

“From our alliances with Japan, South Korea and Australia to our long collaboration with ASEAN countries, India, New Zealand and the Pacific island countries”, Esper said. “Growing, deepening and unifying this network must remain central to our collective strategy to ensure peace and prosperity for another 75 years and beyond”.

The United States embraces “the importance of what President Ronald Reagan called ‘peace through strength’ and builds a military and alliance structure to match that imperative”, Esper added.