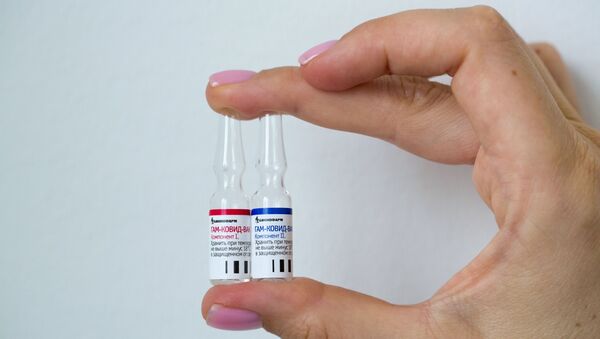 "We have received a request to test a vaccine being developed in Russia. In the near future, I think, a permit will be issued for this. In addition, two domestic vaccines are currently being tested in the country," Koca told reporters.

He added that such tests were carried out in Turkey on volunteers exclusively.

The Russian vaccine, which was registered on 11 August, was tested on 76 volunteers separately at two institutions — the Moscow-based Sechenov University and the Russian Defence Ministry's Burdenko Main Military Clinical Hospital. Phase 3 in the trial of the Russian vaccine, involving around 2,000 people, is currently underway.

Despite the fact that the Russian Ministry of Health stressed that the vaccine, dubbed Sputnik V, had undergone all the necessary checks and had been proven to be capable of building immunity against the virus, Western countries and mainstream media rushed to claim that the vaccine was unsafe and ineffective.

Russian Health Minister Mikhail Murashko emphasised that all the foreign criticism was provoked by the fear of fair competition and slammed the accusations as unfounded.