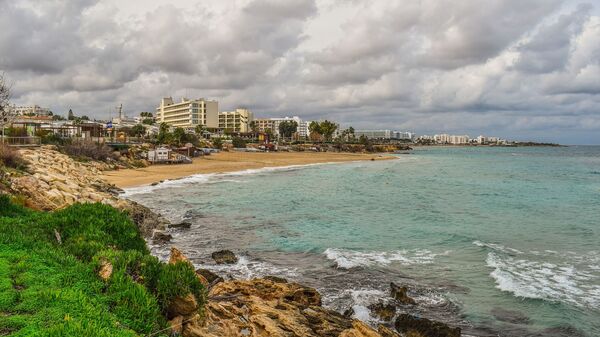 © Photo : Pixabay/CC0
Subscribe
International
India
Africa
ANKARA (Sputnik) - The partial lifting of the US embargo on arms supplies to Cyprus will negatively affect the search for ways to resolve the Cyprus problem, it is incompatible with the spirit of alliance, the Turkish Foreign Ministry said in a statement.

"The decision announced... by the United States to lift the arms embargo for the Greek Cypriot administration ignores equality and balance between the two peoples on the island. It will also negatively affect efforts to resolve the Cyprus issue... It poisons the atmosphere of peace and stability in the region and is incompatible with the spirit of the alliance", the Turkish ministry said, adding that Ankara expected the United States to review the decision.

US State Department spokeswoman Morgan Ortagus said Tuesday the US government was lifting restrictions related to the export and import of non-lethal defence articles to and from Cyprus for a year.

Cypriot President Nicos Anastasiades welcomed the lifting of the US embargo.

"I welcome the lifting of the US arms embargo on non-lethal defence articles. A positive development which reinforces further the bilateral security relationship between Cyprus and the United States", Anastasiades wrote on Twitter.

I welcome the lifting of the #US arms embargo on non-lethal defense articles. A positive development which reinforces further the bilateral security relationship between #Cyprus and the #UnitedStates.

The United States banned arms sales to Cyprus in 1987 to deescalate tensions and encourage a diplomatic solution to the conflict on the island. Cyprus has been de facto divided into the Republic of Cyprus and the non-recognized Turkish Republic of Northern Cyprus since the 1970s when Turkey sent troops to the island in response to an attempted coup by the Greek military and subsequently controls nearly 40 percent of the island’s territory.