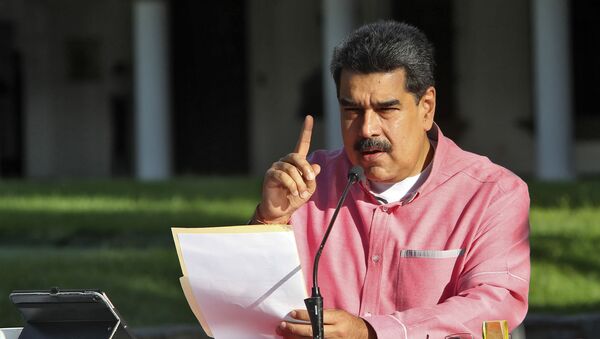 BUENOS AIRES (Sputnik) - Venezuelan President Nicolas Maduro said US President Donald Trump had ordered his assassination, and now a search for snipers was under way.

"I was the victim of the most brutal aggression. The US government... offered $15 million for my head. Donald Trump approved of my murder, I am not exaggerating, and they are trying to send a group of snipers or hire snipers in Venezuela to kill me. Donald Trump decided that," Maduro said in a speech broadcast on Twitter.

This past spring, the US Department of Justice accused Maduro and 14 other leaders of the country of being involved in drug trafficking. The State Department offered a $15 million reward for Maduro.

The Venezuelan president has more than once accused the United States of attempting to kill him.

In 2019, he said, several attempts were thwarted, which were organized in Colombia with US approval.