Israel-UAE Peace Deal May Be Signed at White House on 18 September, Reports Say 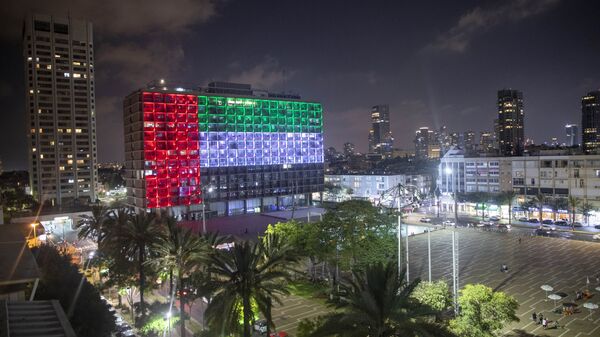 MOSCOW (Sputnik) - The US-brokered agreement on full normalization of relations between Israel and the United Arab Emirates (UAE) may be signed at the White House on 18 September, media reported, citing representatives of the three countries.

According to Axios, the talks between Israel and the UAE are progressing faster than expected and the arrangements may also include signing of an additional trilateral pact involving Washington. The trilateral alliance will mainly focus on issues related to regional security, however the field of activity may be extended to other issues, the media reported.

On Tuesday, after accompanying the Israeli delegation to the UAE, Kushner flew to Bahrain, looking for more Arab support toward peace with Israel. The US delegation also plans to visit Saudi Arabia and Qatar.

Meanwhile, the Israeli Ministry of Finance reached a deal with the UAE central bank, which envisions creation of a joint committee to advance cooperation in finance and investments.

The UAE is set to become the third Arab country to fully recognize Israel after Egypt in 1979 and Jordan in 1994. US politicians have repeatedly said that they are holding negotiations with other Arab countries that can follow the example of the UAE and reach a peace with Israel.