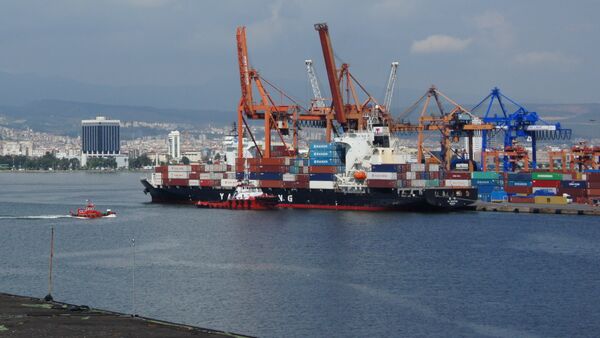 Demond Cureton
All materialsWrite to the author
The major project is set to cost hundreds of millions in Euros and will help boost interconnectivity in the Middle Eastern city in line with the Bank's plans to speed up economic recovering amid the ongoing coronavirus pandemic, a press release said.

The Asian Infrastructure Investment Bank (AIIB) and Izmir Metropolitan Municipality have partnered to boost metro connectivity across the region with a €50m loan, the bank announced on Wednesday.

The news comes as demand for infrastructure has spiked in Turkey's third-largest city by population and gross domestic product (GDP), with the extension coinciding with the city's Transport Master Plan 2030 aimed at building green transport systems and reducing road traffic, the AIIB wrote.

The loan has been co-financed along with the European Bank for Reconstruction and Development as well as backing from the Black Sea Trade and Development Bank and France's Société Générale, with the project estimated to cost €300m.

AIIB Must Progress 'With The Times' To Tackle COVID-19, Build Shared Goals For Mankind - Xi Jinping
The news comes after the AIIB Board of Directors approved a €70m loan to boost Turkey's emergency healthcare efforts against the ongoing COVID-19 pandemic.

The funds aim to upgrade the nation's healthcare infrastructure, including hospitals and vital equipment for treating coronavirus cases, and is funded by the Beijing-based bank's COVID-19 Crisis Recovery Facility (CRF).

Chinese president Xi Jinping said at the 2020 AIIB Annual Meeting in July that the institution must shift to post-COVID-19 recover and play a key role in supporting its 103 member-states amid the ongoing pandemic, adding that it had made clear that the battle against the virus had forced mankind to "rise and fall together in a community with a shared future".