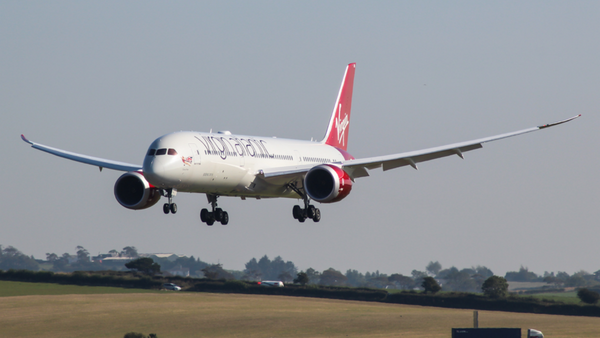 Jason Dunn
All materialsWrite to the author
Richard Branson's Virgin Atlantic was saved from bankruptcy last week after its creditors voted in favour of a bailout scheme which would see government provide the airline with large subsidies to keep it up and running.

Virgin Atlantic will begin fights to Delhi, Tel Aviv, Atlanta, Mumbai, and Lagos from London again in September amid a loosening of restrictions on travel, the airline announced Tuesday, as it looks to implement its coronavirus restructuring plan.

The airline is now looking for court approval for a rescue deal on Wednesday after creditors largely supported a plan to keep it afloat last week.

Virgin has already restarted flights to New York, Los Angeles, Hong Kong, Shanghai, Barbados, and Miami, and has said it will be reopening more flights through the rest of the year.

The airline received backing from its creditors for a £1.2 billion rescue plan to secure its future for up to 18 months and retain 6,500 jobs. According to the airline, the agreement will make it possible to "rebuild its balance sheet" and "welcome passengers back".

Delta, the US airline which owns 49% of Virgin Atlantic, said that it is "optimistic" and remains "firmly supportive" of the company.

We Own It director Cat Hobbs slammed the company in April for asking for a support loan from the UK government, demanding that the government take a "51 per cent stake in the company and use it to save jobs and tackle the climate crisis, reducing the damage done by aviation".

Virgin Trains also received a £2 billion bailout package for the East Coast mainline in 2018 and Virgin Care sued the UK's National Health Service in 2017 after losing out on an £82 million contract.

Like various other flight providers, Virgin Atlantic has suffered amid the coronavirus pandemic due to collapsing demand and restrictions on international travel and announced earlier this year that it would be cutting 3,500 staff while safeguarding the remaining jobs.

This follows Virgin Australia entering into voluntary administration in April. Despite being run separately, Virgin Atlantic CEO Sir Richard Branson lost his 10% shareholding in the company as a result.