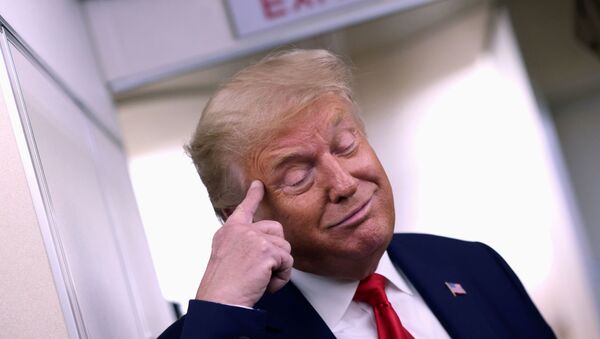 "It is hereby ordered that a stay of the district court’s order and judgment pending determination of the appeal is granted", Catherine O’Hagan Wolfe, Clerk of Court at the 2nd Circuit Court of appeals, said in a publicly-disseminated order on Tuesday.

Arguments on the case brought by Cy Vance, the Manhattan District Attorney in New York, will be heard on 25 September, the order said.

Trump, who stands for reelection in November, has called the long-running quest for his financial records a "continuation of the most disgusting witch hunt in the history of our country". He has predicted the case would again end up before the Supreme Court, which has conservative judges more likely to rule in his favor.

The Supreme Court in an unexpected ruling last month said the presidency in itself does not shield Trump from Vance’s investigation. The case was then forwarded to US District Judge Victor Marrero’s courtroom to allow Trump’s lawyers to raise other concerns about the subpoena.

Marrero ruled in Vance’s favor even as Trump's lawyers argued that the subpoena was issued in bad faith and overly broad, might have been politically motivated, and amounted to harassment.

Vance, a Democrat opposed to Trump, began seeking the Republican president’s tax returns from his longtime accounting firm over a year ago after Trump’s former personal lawyer Michael Cohen told Congress that the president had misled tax officials, insurers, and business associates about the value of his assets. Cohen was given a three-year jail sentence in 2018 to multiple financial crimes, lying to Congress, and to campaign finance violations related to hush money payments to two women who claim they had affairs with Trump.