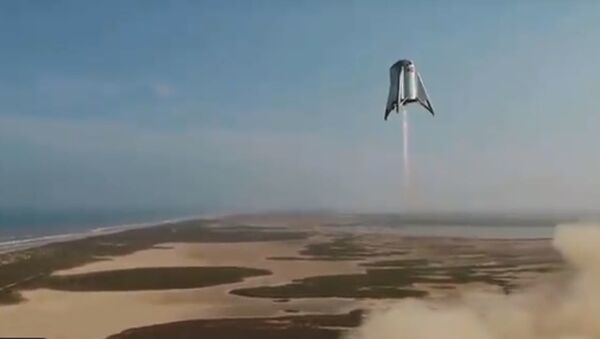 WASHINGTON (Sputnik) - SpaceX CEO Elon Musk says the Starship reusable launch vehicle that his company is developing with the intention of taking humans to the moon and Mars at some point, could fly to the near-Earth orbit as soon as next year.

"This is uncharted territory. Nobody's ever made a fully reusable orbital rocket", Musk said at the virtual Humans To Mars summit on Monday, adding that the first test flight was going to happen "probably next year" but that it "might not work".

Musk said on Monday that SpaceX could start the construction of a booster prototype (Super Heavy) to pair with Starship as soon as this week.

In early August, a Starship prototype made a short 150 metre (492 feet) hop from the Space X’s site near the South Texas village of Boca Chica.