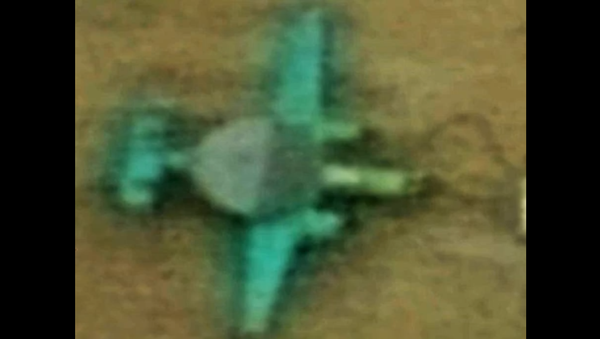 As China expands its carrier fleet to include catapult-launched aircraft, it’s adding new planes to round out the air wing’s capabilities. A new airborne early warning (AEW) aircraft, the KJ-600, made its first flight last week, and its design is clearly inspired by the US Navy’s E-2 Hawkeye.

The new carrier-based aircraft took to the skies for the first time over Shaanxi’s Xi’an last week, the Xi’an-based magazine Ordnance Industry Science Technology reported. However, the Chinese Defense Ministry has made no official statement or verification of the event to the press.

Photos of the prop-driven aircraft in flight appeared on social media just as commercial satellite photos of the KJ-600 sitting on the tarmac at a Xi’an air base began to circulate as well.

Slowly the images are getting better - ok, not really better but at least that it looks real - of the XAC KJ-600 during its maiden flight yesterday.

As such it seems this CGI was pretty accurate.

In my opinion one of the most important unveilings this year, the XAC KJ-600 carrierborne AEW prototype has been spotted at the CFTE at Xi'an-Yanliang.

See also report by @CSBiggers and Sean O'Connor at Jane's.

​However, the plane’s layout was not that much of a mystery for military observers: an experimental design used to build the KJ-600, called the JZY-01, appeared in 2018. That aircraft was in turn based on the Russian Au-24 transport aircraft, which at 77 feet long is far too big to launch from an aircraft carrier.

Much about the KJ-600’s design is clearly inspired by the Grumman E-2 Hawkeye, a well-proven AEW aircraft in use by the US Navy and many of its allies since the 1960s. 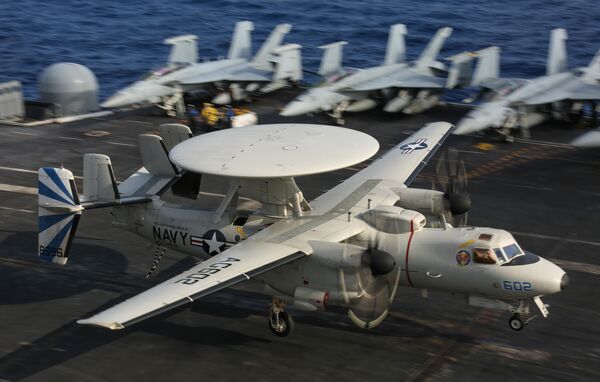 This is likely because the Hawkeye’s design is already optimized for its role: its propeller engines allow it to loiter for up to four hours high above the carrier battle group, where its huge radome mounted above the fuselage can dramatically extend the radar range of the fleet. Its slender fuselage leaves enough room for between four and six crew members to operate, while still being small enough to fit below decks on the carrier, and its four-finned tail provides it with superior stability as it lugs around that huge radome.

The Soviet Union’s proposed Yak-44 AEW aircraft would have used a remarkably similar design to the Hawkeye as well.

Now that China flew their first carrier AWAC airplane, let go back in memory lane at look at the Soviet mockup of their version in 1991, the YAK-44 for the Soviet Navy's Ulyanovsk class supercarriers.#aviation #Airplane #Russia pic.twitter.com/Z1J9lnJXXL

​However, the KJ-600 will almost certainly not fly from the Shandong or the Liaoning, the People’s Liberation Army Navy’s (PLAN) only two aircraft carriers at present. A heavy plane like the Hawkeye doesn’t generate enough thrust to survive the low-speed launch off the ramp on the front of the flight deck, requiring instead the more powerful catapult launching system used by US aircraft carriers - and featured on the PLAN’s upcoming Type 003 carrier. That warship is under construction in Shanghai and is expected to be completed in 2021.

China’s carriers do have a form of AEW aircraft in specially modified Z-18J helicopters, but they have a far shorter range than the KJ-600 would likely have: some 200 miles versus a 500-mile radius. However, even that is better than the carrier’s tower-based radar, which cannot see beyond the horizon, just 12 miles away.

Like the KJ-600 and the E-2 Hawkeye, the FC-31 has also seen comparisons drawn with the United States’ F-35 fighter, but as Sputnik reported, their similarities are superficial and do not warrant the accusation that it was copied from the Lockheed Martin jet using stolen designs, as former US national security adviser John Bolton has claimed.