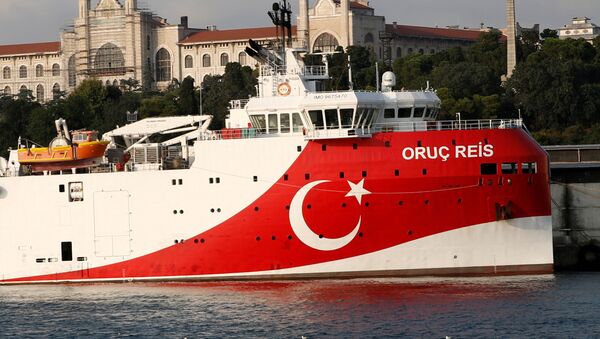 Turkey's Oruc Reis research vessel began exploration drilling in the Greek-claimed waters in the Eastern Mediterranean on 10 August. Ankara had extended the seismic research several times, and it was set to expire on Tuesday.

On Monday, the hydrographic service of Antalya issued the Navtex alert on the extension of the seismic research in the same area.

The Turkish-Greek tensions have escalated after Turkey began exploration drilling in the Greek-claimed waters. Greece considers this territory to be its exclusive economic zone, has mobilized its armed forces to high alert, and vowed to protect its sovereign rights by all means necessary.

Greece enjoys broad support among its EU partners, including Germany and France, who condemn Turkey's actions and call on both sides to engage in dialogue to ease tensions and resolve the issue peacefully.