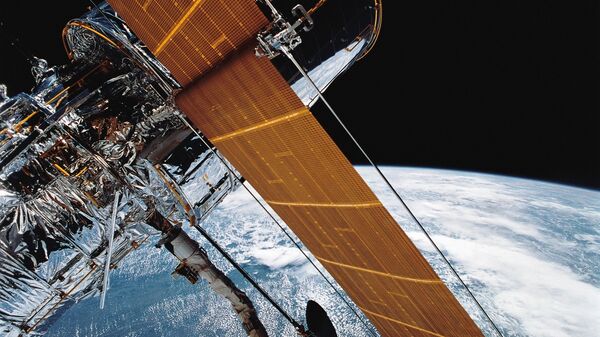 The US National Aeronautics and Space Administration (NASA) over the weekend shared on its social media pages an image snapped by the wandering Hubble Space Telescope that captured a small section of the Cygnus supernova blast wave.

The image, which was released on Saturday, offers viewers a chance to take a deeper look at a portion of the Cygnus Loop, a massive supernova remnant (SNR) that’s located some 2,400 light-years away from Earth in the constellation Cygnus.

NASA noted in a release that the Cygnus Loop itself covers an area that is 36 times larger than Earth’s full moon in the night sky, and that the SNR was created from a supernova that tore apart a unidentified, dying star between 10,000 and 20,000 years ago. 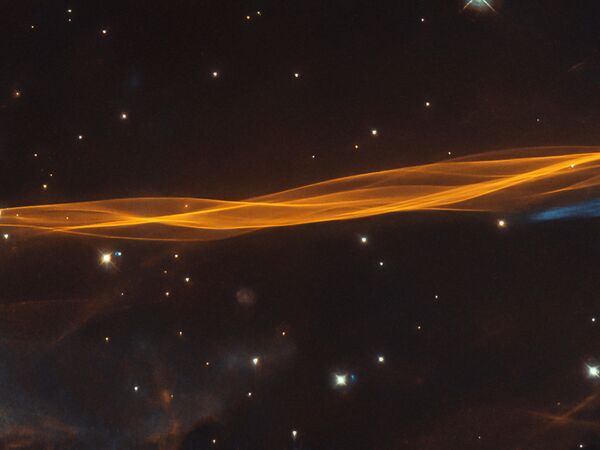 Image captured by the Hubble Space Telescope depicts a small section of the Cygnus supernova blast wave, located around 2,400 light-years away. The image shows a 'veil-like' structure that resulted from a combination of "ejected material and the low-density interstellar material that formed as a result of massive supernova explosion tens of thousands of years ago.
© Courtesy of NASA

According to NASA, the long-deceased star is estimated to have been 20 times larger than our sun.

“Since [the explosion], the remnant has expanded 60 light-years from its center,” the agency explained in its weekend release. “The shockwave marks the outer edge of the supernova remnant and continues to expand at around 220 miles per second.”

“The interaction of the ejected material and the low-density interstellar material swept up by the shockwave forms the distinctive veil-like structure seen in this image,” it adds.

NASA, in conjunction with the European Space Agency, has previously published a variety of images documenting the Cygnus Loop, many of which focus more on the Veil Nebula - the visible portions of the SNR that measure about 110 light-years across.

The agency has previously indicated that “the original supernova would have been bright enough to be seen clearly from Earth with the naked eye.”