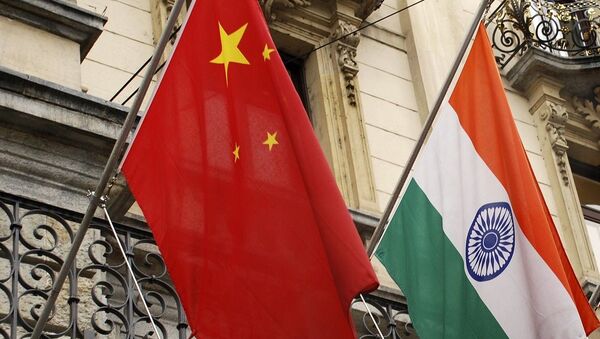 Aakriti Sharma
Sputnik correspondent
All materialsWrite to the author
The tensions between India and China arose when both sides accused each of transgression on the 4,057 km Line of Actual Control on 27 April, after years of peace and relative tranquillity. As per the Indian Defence Ministry's claims, Chinese troops have entered Indian Territory 752 times in the last two years.

India and China are entering the fifth month of the border stand-off with fresh physical altercations between the troops near Chushul in Pangong Tso on intervening night of 29/30 August.

Here’s the timeline of events on how the border stand-off has reached the fifth month:

Beginning of the conflict:

On 27 April, India had claimed that Chinese personnel entered the Line of Actual Control (LAC) with a vehicle, matter was resolved following a confrontation with the Indian Army. On 10 May, 11 soldiers – four Indian and seven Chinese – were injured after a tense face-off near the Naku La sector (ahead of Muguthang Valley), a pass at a height of over 5,000 metres in the Sikkim sector. Another face-off occurred between the troops from two sides near Nallah in the Ladakh sector on 11 May, wherein several soldiers were injured on both sides.

China's foreign ministry had said that their troops were in the area “to uphold peace”; while India claimed that the physical altercation occurred after the Chinese pushed Indian soldiers aggressively near Pangong Lake. This was followed by the beginning of several rounds of disengagement talks, wherein both sides had agreed to move back troops from Pangong Lake.

On 6 June, senior army commanders had agreed to disengagement in the eastern Ladakh region and other flare-up points along the Line of Actual Control.

The situation escalated on 15 June when a violent face-off occurred between Indian army troops and People’s Liberation Army troops in the Galwan Valley. As many as 20 Indian soldiers were killed and 150 sustained injuries.

​Following the face-off, the Indian government amended the General Financial Rules 2017 to impose restrictions on bidders from countries sharing a land border with India. The curbs were imposed on procurement of public projects on the grounds of matters directly or indirectly related to "national security". This is likely to ban Chinese telecoms vendors Huawei and ZTE from its 5G networks.

Both India and China began several rounds of military and diplomatic-level talks following the violent face-off and ensured they would hold peace talks in the region while continuing to pursue efforts to disengage. Nevertheless, the troops were pulled back from the other points along the LAC while Ladakh continued to witness a heightened military build-up.

India has also received the delivery of five Rafale fighter jets from France, which will be officially deployed at Ambala Air Station.

The Touchdown of Rafale at Ambala. pic.twitter.com/e3OFQa1bZY

Following the violent face-off in the Himalayas, India imposed several restrictions and tariffs on imports from China. New Delhi banned around 100 Chinese apps, including TikTok, citing security concerns. Beijing responded by condemning the move and said that the Indian government has a responsibility to uphold the legal rights of international investors, including Chinese ones.

Chief of Defence Staff (CDS) General Bipin Rawat had last week signalled that India may resort to military action if the status quo is not restored to what it was before April. The boundary issue between India and China is due to the loosely demarcated Line of Actual Control. Currently, the disengagement is stuck in certain Fingers along Pangong Lake, marked as Finger 1 to Finger 8, and they have been reportedly blocked by Chinese troops.

000000
Popular comments
India is making the same two mistake as in 1962: 1. It thinks that all land belongs to India and nothing to its neighbor. 2. It thinks that it is superior to China and that China is inferior to India. Just read the Henderson Brooks-Bhagat report. The Indians were too afraid to release this report, even after 50 years. It took a white man affiliated with Cambridge University, Neville Maxwell, to divulge it.