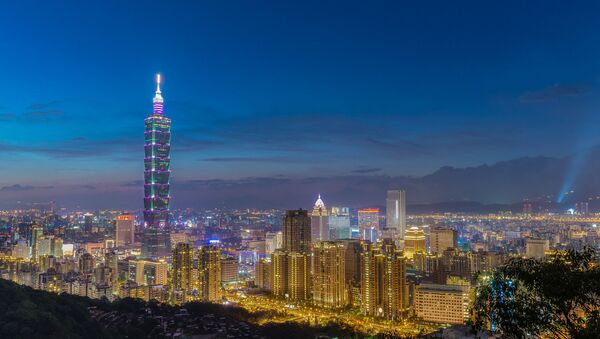 © Flickr / 士航 魏
Subscribe
Svetlana Ekimenko
All materialsWrite to the author
Czech Senate speaker Milos Vystrcil arrived in Taipei on 30 August on a visit to promote business links with Taiwan, dismissing anticipated objections from Beijing over a perceived violation of the European state's one-China policy.

Wang Yi, in Germany for the last stop in his European tour, warned of imminent retribution.

“The Chinese government and Chinese people won’t take a laissez-faire attitude or sit idly by, and will make him pay a heavy price for his short-sighted behaviour and political opportunism,” China’s Foreign Ministry cited Wang as saying.

The move by Vystrcil and the “anti-China forces behind him” was slammed as an “open provocation” that the government and people of China would not tolerate. 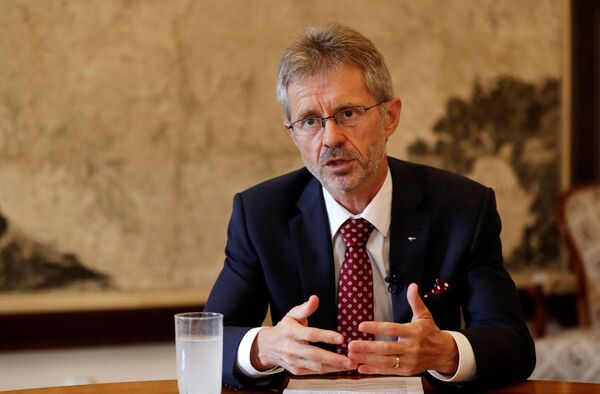 No details were given by the official regarding how Beijing would react.

Czech Foreign Minister Tomas Petricek expressed hope that an explanation from the Chinese side for the strongly worded statement would be forthcoming, despite the government having disapproved of the trip by the member of the opposition and one of the highest-ranking politicians of the central European nation.

“I expect that Chinese side will explain them to us. The trip has of course an impact on relations with China, but I think that this has crossed the line,” said Petricek, according to the CTK news agency.

“We are a free country seeking to have good relationships with all countries and I believe this will be the case in the future irrespective of the statement of the Minister. And let me repeat again – this visit is by no means meant to politically confront anyone,” he was quoted as saying.

It was Minister Wu's honor to welcome @SenatCZ President @Vystrcil_Milos & the #CzechRepublic🇨🇿 delegation to #Taiwan🇹🇼. We wish the 90-strong group of freedom- & democracy-loving friends from the #EU all the best for the historic 6-day visit. #TaiwanCzechia2020 #DefendDemocracy pic.twitter.com/qvr0q15YFx

​While stopping short of directly commenting China’s statement in connection with the Czech politician’s visit, Taiwan Economics Minister Wang Mei-hua emphasized that the Czech Republic and Taiwan were “free and democratic countries”.

“We have the same values as the Czechs,” she told reporters.

Vystrcil arrived in Taipei on Sunday along with 90 entrepreneurs for a week-long business trip originally planned by his predecessor, Jaroslav Kubera, who died in January. His schedule includes a meeting with Taiwan President Tsai Ing-wen and an address to Taiwan’s parliament on Friday.

​The visit, criticized by Czech President Milos Zeman and Prime Minister Andrej Babis, who said the country adhered to a one-China policy, was ostensibly aimed at promoting business links with Taiwan.

“You cannot accept being someone’s servant, because if you do, then when you obey once, it’s assumed that you obey every time,” Vystrcil was cited by Reuters as saying ahead of the trip.

Earlier on Sunday, the Chinese embassy in Prague condemned the Taiwan visit by the speaker of the Czech parliament’s upper house as a violation of the one-China policy.

"For his own political gains he insisted on a visit to Taiwan, in what is blatant interference in China's domestic affairs and a serious breach of its national sovereignty and territorial integrity", the embassy said.

000000
Popular comments
The Czech will pay a big price for only doing a favor for the Usa terror state !!! The Czech say noting about the burning cities in the Us !!!!

TG
31 August 2020, 12:20 GMT3
000000
The Taiwanese should acknowledge that the Czech traitor and a US lackey Vystrcil is just a stooge from a Czech senate which has no power and is more or less like a holiday retreat for failed politicians that never made it to the Parliament or have been awarded the senate seat for a long term treachery against the country. The foreign policy is formed by the government which he is not a part of and his trip is considered by the majority of Czechs as a free holiday like the rest of the trips the senate parasites make over the years into countries considered as a holiday destination than a trading partner mostly accompanied by their family relatives.