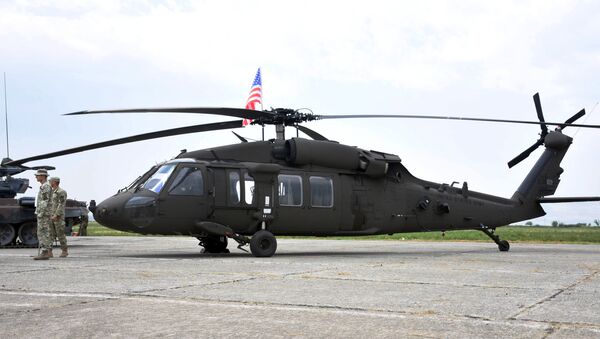 Daria Bedenko
All materialsWrite to the author
A Black Hawk helicopter crashed during an exercise in the vicinity of Coronado, California, on Thursday, according to The San Diego Union Tribune. An investigation into the incident has been launched, with additional information to follow.

“An element of US Army Special Operations Command was conducting routine training in the vicinity of Coronado, California, on August 27, when an aircraft incident occurred,” the Army said. “Two Soldiers were killed and three were injured. The area has been secured and an investigation into the incident is underway.”

The helicopter was conducting routine training in the area, when the "aircraft incident" occurred, according to the statement. An investigation has been launched, and more information is expected to follow in 24 hours, following next-of-kin notifications.

“At this time we are not releasing anything beyond the statement provided,” said J. Elise Van Pool, an Army spokeswoman, in an email to The San Diego Union Tribute. “We are still in the process of making next of kin notifications and will not release any additional information until that process is complete.”

According to an unnamed Defence Department official, cited by the outlet, the incident took place on San Clemente Island, west of San Diego, and involved the troops of the Army’s 160th Special Operations Aviation Regiment.

Earlier in July, the US Marine Corps confirmed the deaths of seven Marines and one sailor in an accident that occurred during exercises on an amphibious assault vehicle (AAV) near the coast of San Clemente.