There is 'Alien Base Off Dubai Coast', Ufologist Claims 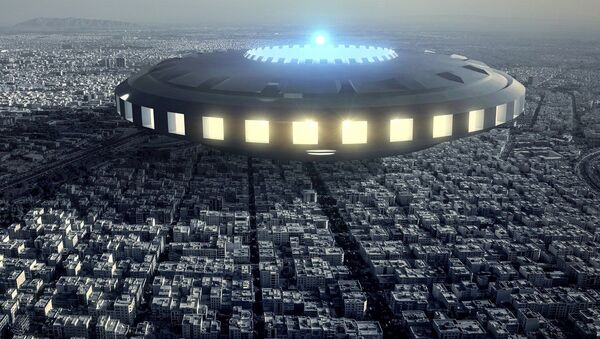 Max Gorbachev
All materialsWrite to the author
On 26 August, a YouTube channel called UFOS & Aliens Santana uploaded a video showing a flying saucer, which received more than 3,000 views and prompted heated debate over whether the video is real or doctored to gain attention.

Prominent ufologist Scott C. Waring has claimed that there is an "alien base not far off the coast of Dubai". He made the statement after a video (whose authenticity cannot be verified) showing a flying saucer in the skies over the UAE’s most populous city appeared online.

Waring wrote that the object in the footage, which has a glowing top, appears to be the size of a Boeing 747 and has a rotating bottom. The ufologist laments the fact that the individual who filmed the UFO eventually stopped recording, because people didn’t get a chance to see how the saucer moves. According to the ufologist, this detail is important, as "a UFO's movement really tells us a lot about it".

Waring says the saucer likely came out of the water and was waiting for it to drip off the craft’s surface so it could fly away.

"Why, because the water will boil on the surface of the ship and as they enter space...if any water still exists on the surface it will unstably freeze, causing an unstable drop in heat on the skin of the craft...which could cause hair line fractures in the spacecraft hull”, Waring wrote on his blog.

The footage, uploaded on the YouTube channel UFOS & Aliens Santana, has prompted heated debate on whether the UFO is real. Waring insists that it is, as he looked for evidence of glitches and manipulation and couldn’t find any. However, some netizens believe that the video was doctored.

"Nobody here seems very excited, it's like 'oh no another UFO, boring", wrote one person.

Another wrote: "I call fake on UFO videos that don't film till they vanish. Looks real, but why stop recording???"