'She Would've Been Alive Under Trump Admin': Parents of Activist Kidnapped by Daesh Lambast Obama

© REUTERS / Ali Hashisho
Subscribe
Max Gorbachev
All materialsWrite to the author
Prior to her abduction and death, Kayla Mueller worked as a humanitarian aid worker in several countries and supported a variety of human rights initiatives. On 3 August 2013, she was kidnapped by Daesh* militants in Syria.

The parents of a US humanitarian worker captured by Daesh militants have lambasted former US President Barack Obama, saying their daughter would have been alive if Donald Trump had been president at the time of her kidnapping.

Speaking at the Republican National Convention on 27 August, Carl and Marsha Mueller said that the White House delayed the rescue mission, which had been prepared by the military, and did not do enough to save their daughter.

"We put all our faith in the government, but the government let us down. After 18 months of brutal torture, we learned from ISIS that Kayla had been killed", said Carl Mueller.

The Muellers claimed that Obama refused to meet them until Daesh had murdered other US citizens that the group had taken hostage and said that they are yet to hear from former Vice President Joe Biden, who is a candidate in the upcoming presidential elections.

The couple then thanked the Trump administration for taking action against the terrorist group, also lauding the US soldiers who took part in the special operation against Daesh’s leader Abu Bakr al-Baghdadi in October of 2019.

"The operators named themselves task force 814, after August 14, Kayla's birthday. And they named the mission Operation Kayla Mueller. To those soldiers: thank you. Kayla was looking down on you", said Carl Mueller.

Prior to her abduction, Kayla Mueller worked in southern Turkey assisting Syrian refugees, who flooded the country following the start of the civil war in their country. In August, she travelled to Syria on a non-work related trip. There she was kidnapped by Daesh militants.

The family was told that the 26-year-old was repeatedly tortured and raped, including by the terrorist group’s leader Abu Bakr al-Baghdadi. Daesh reportedly demanded a ransom from the Muellers and the family pleaded with the Obama administration to pay the sum and proposed to trade their daughter for Aafia Siddiqui, a convicted terrorist. But neither of these options was used. 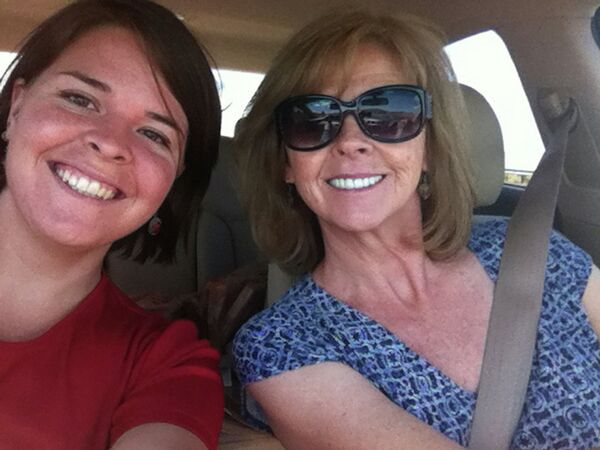 In 2015, a media outlet affiliated with Daesh said that a female American hostage had been killed in Syria’s city of Raqqa as a result of an airstrike conducted by Jordan. Later reports confirmed that the hostage was Kayla Mueller.

Hurrah to Accomplishments? Trump Heaps Praise on Baghdadi's 'One-Way Ticket to Hell'
Other reports released by the Daesh media outlet said the young woman was killed during a US strike on terrorist positions. The Pentagon refused to investigate whether this was the case, saying that the United States only looks into reports of civilian casualties when they come from credible sources.

Following her death, TIME Magazine wrote that Kayla Mueller was an ideal role model for millennials, while President Barack Obama said Kayla represented the best about America. The former president said it was inaccurate to claim "that the United States government hasn't done everything" it could have done to save the humanitarian worker.

"I deployed an entire operation - at significant risk - to rescue not only her but the other individuals who had been held, and probably missed them by a day or two, precisely because we had that commitment", Obama said.

On 26 October 2019, the US military conducted a special operation in Syria’s Idlib province in order to capture Daesh’s leader Abu Bakr al-Baghdadi. According to the US military, the Daesh leader detonated his suicide vest when he ran into a dead-end tunnel, killing himself and his two children.

000000
Popular comments
It would not have made any difference, under Obama or Trump. Trump is breaking record of Killing Americans 180,000. he may even break the record of dead from Civil War which is estimated to be 620,000.
Chamroosh
28 August 2020, 20:35 GMT3
000000
Another US brainwashed parent that they don’t know it was US that created Daesh and that happened in Bush era...!