Lukashenko: Belarus, Russia Could Unite Troops in Case of Threat on Western Border 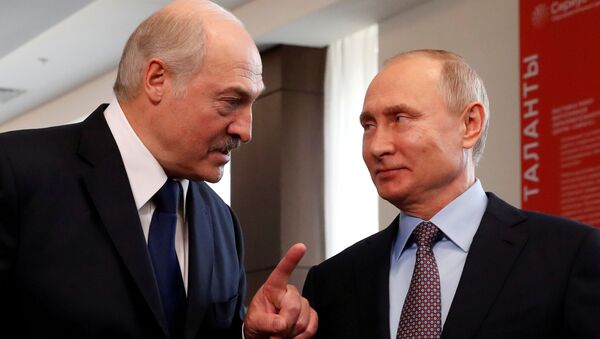 Oleg Burunov
All materialsWrite to the author
Late last week, Belarusian President Alexander Lukashenko pledged that Minsk would “react without warning” to any attempt aimed at violating the country’s western borders.

Belarusian President Alexander Lukashenko said on Friday that Minsk and Moscow will use a joint group of armed forces if someone starts “twitching” on the western border of the Union State of the Russian Federation and the Republic of Belarus.

He referred to his recent conversation with Russian President Vladimir Putin, during which the two discussed the issue.

"We have an agreement. I said: ‘let's think about what we will do' and he told me that 'we know what they want’. Putin has already gone through several such stages, [….] and he knows what is happening around the borders. We have agreed on the matter and we will cope with this problem”, Lukashenko said.

At the same time, the Belarusian president noted that the core of the joint group will consist of his country’s army and that both Minsk and Moscow will be ready to pacify any adversary without hesitation.

Lukashenko stressed that by taking appropriate action, Moscow is saving not only Belarus, but Russia as well because “there is a threat against the Russian Federation itself”.

The statement followed Putin’s interview with the broadcaster Rossiya 24, in which the Russian president specifically touched upon the ongoing protests in Belarus following Lukashenko’s re-election. 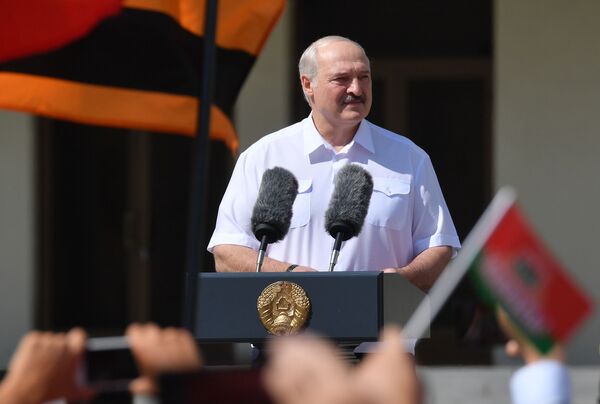 Putin said that Moscow and Minsk have reached a deal stipulating that the Kremlin will provide law enforcement reserves in accordance with Russia's obligations in the two’s defence sphere, should the situation in Belarus begin to spiral out of control.

This came after Lukashenko vowed last Saturday that Minsk will “react without warning” to any attempt to violate the country’s western borders as he responded to a report by the country's Defence Ministry about an increased number of aircraft spotted close to the borders of Belarus.

Earlier that day, Lukashenko underscored that putting the army on combat alert and deploying troops on the country’s western borders was his main decision in 25 years.

He also accused Western nations of directly interfering in the situation in his country, citing attempts to prod Belarus to sit down for talks with the Organisation for Security and Cooperation in Europe (OSCE), which he said is all “about financing”.

Lukashenko Says There Will be No 'Maidan' in Belarus, 'We Won't Let the Country Be Torn Apart'
Additionally, Lukashenko accused NATO members of providing “evident” military support for the destabilisation of the situation in Belarus.

The remarks were made amid the current political crisis in Belarus, which was sparked by mass protests-turned-riots in Minsk and beyond on the evening of 9 August, when the official results of the presidential election showed that incumbent Alexander Lukashenko was winning a landslide victory with over 80 percent of the vote.