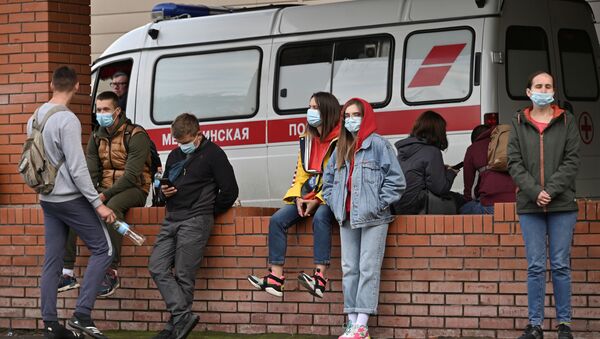 Prosecutors began the investigation on 20 August, the press service said on Thursday.

"More than 20 different forensic investigations (forensic, biological, physicochemical) are being conducted. At the moment, no highly hazardous or narcotic substances have been found," the statement read.

Immediately after Navalny fell ill, his spokeswoman Kira Yarmysh rushed to claim that he might have been poisoned, alleging that a substance could have been mixed into his tea - the only thing he had that morning. However, shortly thereafter CCTV footage was shared online from the airport allegedly showing Navalny being handed a cup by his aide Ilya Pakhomov. It has therefore been suggested that whoever prepared the tea could not have known for whom it was eventually intended.

World
Boris Johnson Calls for Transparent Investigation Into Russian Opposition Figure Navalny's Illness
On 22 August, Navalny was flown to Berlin for further treatment. German doctors have acknowledged that his life upon hospitalisation was saved thanks to the efforts of the Omsk doctors, according to a letter they sent to their Russian counterparts, as cited by Omsk hospital lead doctor Aleksandr Murakhovsky.

On 24 August, German doctors claimed they had found traces of a substance from a group of cholinesterase inhibitors in his body, which Russian doctors denied, citing the patient's test results.

On Wednesday, the Russian medics published an open letter decrying the criticism they have faced after Navalny's transportation to the German clinic, Charite, and called the situation around the activist a "political diagnosis."