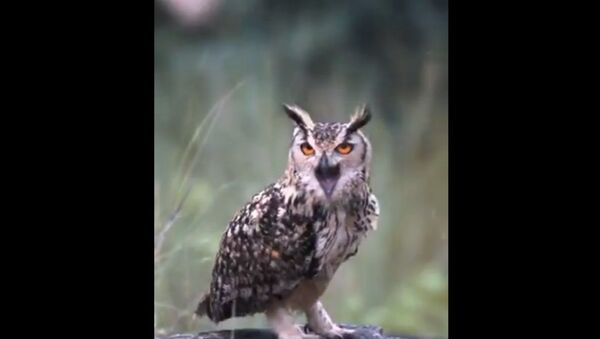 Owls are mysterious-looking spooky creatures with over 200 species living on every continent except Antarctica. They are also known for being "wise", maybe due to their super-tuned senses that help them hunt prey. Some people even find them enigmatic and cute.

Owls have large eyes and feathery ridges instead of eyebrows, which can make for an intense look. This may be one reason that they appear angry a lot of the time, but the laugh of this viral Indian Eagle Owl may help change your opinion.

In a viral video on Twitter, an Indian Eagle Owl can be seen sitting and looking intensely into the camera before bursting into laughter, which is cute - despite its constant stare.

Is he laughing at us. Indian Eagle Owl Vc @Prasenj67023185 pic.twitter.com/AfulICFERa