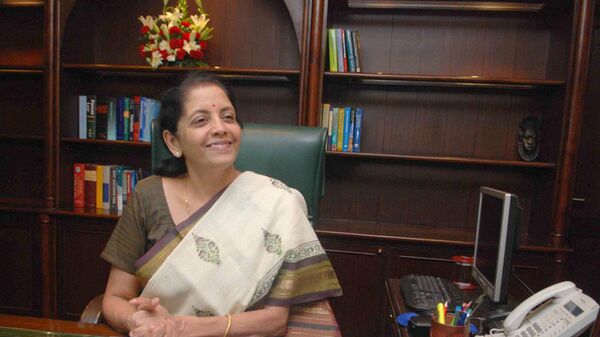 India's federal tax body, the GST Council, discussed two options on Thursday to help states raise debt in the face of a likely revenue loss of $40 billion arising in part due to the ongoing Covid-19 pandemic.

“Two options were placed before the states and discussed in detail during the meeting to help them raise funds with help from RBI," stated Sitharaman in a briefing with the media. "The debt so raised could be at a government security linked rate, which will be common for all the states.”

Laying out the details of the size of the losses and method behind the fund-raising programme, India’s Revenue Secretary Ajay Bhushan Pandey said: “As an impact of the pandemic, the total shortfall in revenue will be to the tune of $40 billion this year.

“However, the loss to the states on account of new tax system, GST, is likely to the tune of $12.93 billion this year,” he added.

The GST (Goods and Services Tax Council) decides policy pertaining to 'indirect' taxes in the country.

Under GST, an indirect tax system was adopted in 2017, a system of thirteen taxes and 17 cesses were subsumed.

Under the system, the states lost tax sovereignty, but received a statutory commitment from the central government that decreed losses arising out of the new system to be compensated for a period of five years, until June 2022.

Elaborating on the options to raise funds, Pandey said, “We have offered states to raise debt via a special window to be provided in consultation with RBI. They can raise debt to the tune of $12.93 billion.”

Under a second option, Pandey said the states could raise debt to the total amount of revenue losses, worth $40 billion estimated this year, minus the compensation, worth $8.66 billion, to be paid by the Centre (federal government). The amount would come to an estimated $31.33 billion.

State governments sought a week to respond to the GST Council on which option they will chose to fund raise. This arrangement will be made only for the current financial year (April 2020 – March 2021).