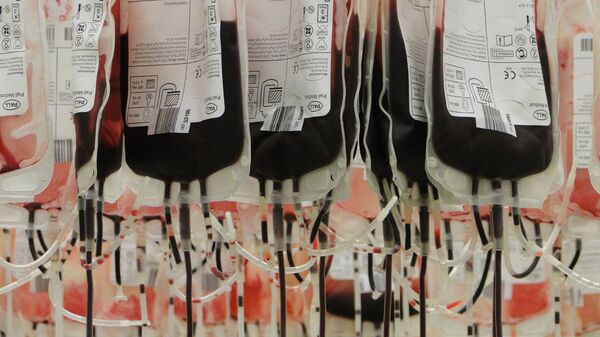 US President Donald Trump called the Food and Drug Administration’s (FDA) emergency use authorization to treat COVID-19 with convalescent plasma a “historic announcement” on Sunday, but there isn’t enough data to tout it as a breakthrough, Dr. Jason Kindrachuk, assistant professor of viral pathogenesis at the University of Manitoba, told Sputnik.

“It really is, essentially, trying to take plasma from somebody that has survived infection or gone through infection and recovered and utilizing that plasma to then be treated to a patient that has severe disease or is themselves infected,” Kindrachuk, the Canada research chair in molecular pathogenesis of emerging and reemerging viruses, told Loud & Clear host Brian Becker on Monday.

“You have somebody that has all of these antibodies and all these different factors that have helped them recover and ultimately defeat the infection, and you are now providing that to a patient that obviously does not have all those in place yet. It’s something that has been used with varying success,” he said.

“We’ve certainly seen quite a bit of discussion with convalescent plasma with Ebola patients. It’s somewhat intensive, so it’s something you can’t use in literally every setting around the globe, but it can provide some benefits. I think there has been quite a bit of discussion about convalescent plasma for COVID,” Kindrachuk explained, adding that “there’s not a big enough or long enough clinical randomized trial to justify this treatment protocol as being warranted.”

In an August 23 release, the FDA said that the treatment may be effective in “lessening the severity of shortening the length of COVID-19 illness in some hospitalized patients.”

“I agree with the idea we’re in kind of unchartered territory right now and in the need of being able to get vaccines and therapeutics out to folks as quickly as possible, because we do not have time on our side. The unfortunate side is, I think, the presentation of this being a miracle or a potential cure. We have already seen with data that has been presented that there may be some benefit, but we don’t know how solid that benefit is,” Kindrachuk explained.

“Realistically, there was some decrease in mortality, at least with some of the trials that were done, but it wasn’t that drastic change that we’ve kind of seen presented with the 35% reduction mortality … that has been presented,” Kindrachuk added.

On Sunday, Trump stated that convalescent plasma treatment for COVID-19 was “proven to reduce mortality by 35%,” Stat News reported. However, that statistic is not based on evidence.

“A lot of those randomized clinical trials will now be ended because we have the emergency use authorization, and now it’ll be justification for putting plasma out into a much larger number of people, without it being controlled. I think that’s the unfortunate side,” Kindrachuk noted.