Ilya Tsukanov
All materialsWrite to the author
The Russian military has repeatedly accused the Pentagon of training 'former' terrorist militants to continue the fight against Damascus at the at-Tanf base in southern Syria, and has cited intelligence reports on US forces' evacuation of Daesh (ISIS)* commanders from the country. Washington has strongly denied the allegations.

Terrorists operating in the vast desert area of central Syria continue to disrupt the region's reconstruction, and the US is the primary beneficiary of this state of affairs, as it allows Washington to justify its continued illegal military deployment in the country's northeast, a spokesman for the Russian military grouping in Syria announced in a briefing Tuesday.

"Through their actions, the terrorists disrupt the process of socio-economic reconstruction of Syria and the establishment of relations between local Arab tribes and Damscus. Such a situation primarily benefits the United States, and allows them to justify their presence in the country's east," the spokesman said.

Pointing to a recent uptick in terrorist activity in the Syrian Desert, a vast region accounting for about 55 percent of the Arab Republic's total area, the spokesman said it could be attributed to an 'amnesty' program for former militants by Washington's Kurdish allies.

"Over the past month, the Syrian Desert area has seen a significant increase in the activity of militants consisting of former Daesh terrorists. Most of these militants appeared in this area following the 'amnesty' conducted by so-called 'Autonomous Administration of North and East Syria'," the spokesman said. 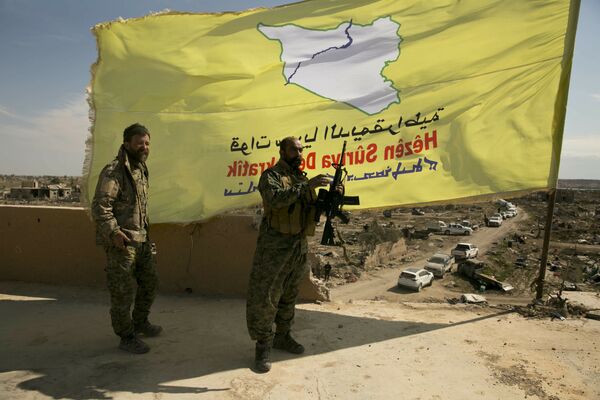 The spokesman also pointed to efforts by the militants to commit acts of sabotage. Earlier this month, a Russian major general was killed after an improvised explosive device (IED) laid by militants went off, he recalled.

"By sabotaging transport communications and carrying out acts of sabotage against Syrian oil and gas industry facilities, by attacking patrols and the posts of Syrian Army units, militants are destabilizing the situation in the region. On August 18, an explosion of an IED planted by terrorists in Deir ez-Zor province killed senior Russian military advisor Maj. Gen. Vyacheslav Gladkikh," the spokesman said.

Gladkikh was killed and two other servicemen were injured after the vehicles they were traveling in were hit by an IED near the At-Taim oil field, about 15 km outside the city of Deir ez-Zor.

He held the posts of the commander of the 522th Guards Training Tank Regiment of the Riga Regiment
Participated in the operation to liberate Palmyra.
He became the 2nd high-ranking Russian military person to die in + pic.twitter.com/jgwe86TQ6t

The spokesman said that Russian forces and their Syrian allies conducted an operation to clear the Syrian Desert region of the terrorist remnants in a major operation conducted between August 18 and 24, and promised that the operation would continue until the complete destruction of all US-controlled armed groups in the area.

According to the official, the operation by Russian and Syrian air power, combined with artillery and work by reconnaisance and special operations forces, has led to the elimination of 327 militants, 134 of their hiding places, 17 observation posts, 7 warehouses and 5 underground weapons and ammunition storage facilities. 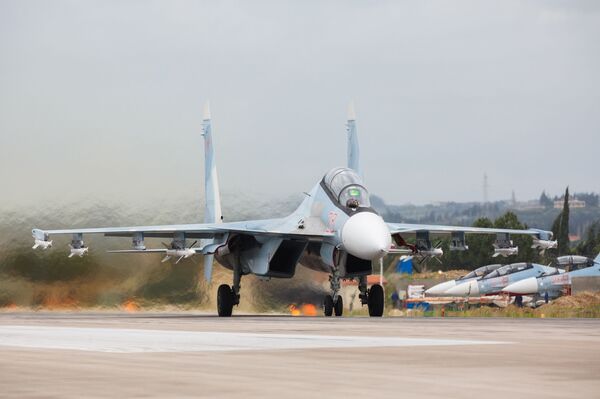 Russian Military's Allegations of US Support for Terrorists

The Russian military and media have repeatedly accused the US of training as many as 1,200 former terrorist militants at the at-Tanf garisson in the southern Syrian province of Homs, with Moscow alleging that the US intended to use these fores to create a so-called 'New Syrian Army' to continue to destabilize the war-torn country after Daesh was defeated. The Pentagon has dismissed the allegations as "false and absurd."

In 2018, Gen. Valery Gerasimov, the Chief of Staff of the Russian Armed Forces, pointed to at-Tanf as being one of two staging areas for the continuation of an armed struggle against Damascus by the jihadists, with the other said to be located at Camp Shaddadi, under the control of US-allied Kurdish forces operating in the northeast.

In addition to these training facilities, the Russian, Syrian and Iranian militaries have accused the US anti-Daesh coalition of evacuating Daesh commanders and members of their families by helicopter. In March 2018, late Quds Force Commander Qasem Soleimani urged Iranian officials to 'slap the West in the face' with Iranian intelligence on alleged US cooperation with the terrorists, and to inform Washington that Tehran knows what the US is up to in Syria and Iraq. Soleimani, who assisted both Syrian and Iraqi forces in their battle against Daesh, was killed in a US drone strike in Baghdad in January 2020.