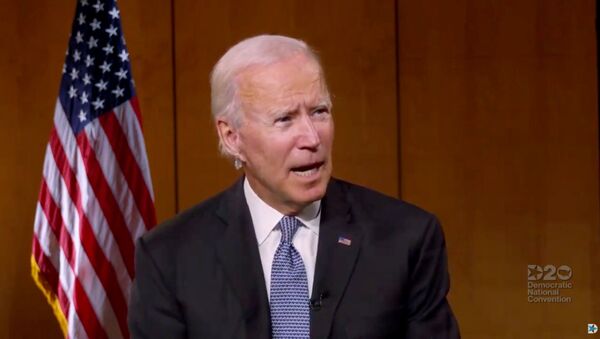 © REUTERS / POOL
Subscribe
Lilia Dergacheva
All materialsWrite to the author
President Donald Trump has sought to free the US from pandemic-caused lockdowns, however concerns have mounted that employees could be sent back home again amid a spike of infections over the summer.

President Donald Trump has resisted calls for another shutdown on economic grounds despite a spike in COVID cases in many states this summer, with his team arguing a second mass lockdown would be even more detrimental for the national economy and public wellbeing. 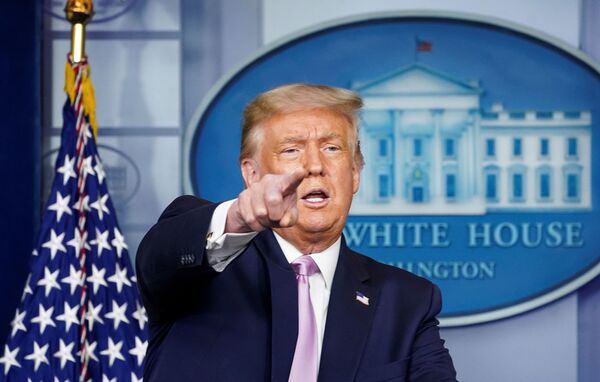 But his Democratic challenger in the upcoming election is scrambling to cash in on the criticism of Trump’s current social policies, and is weighing another lockdown.

According to Tom Luongo, geopolitical analyst and  publisher of the Gold Goats 'n Guns Newsletter, the Democrats have so far used the COVID-19 pandemic “as an excuse to destroy” the US economy and ultimately blame it all on Trump, arguing that it is no more than a “pathetic bluff” on Joe Biden's part to say he would consider another lockdown.

“Biden is playing to his base that wrongly believes the path to safety from the virus is more draconian lockdowns”, rather than zeroing in on building herd immunity, like Sweden did quite efficiently, the commentator says, slamming police state-like controls and the across-the-board “climate of hysterical fear.”

“Locking the economy down again would ensure that more people die from stress, abuse, theft and domestic violence than the virus would ever take,” Luongo explains, stressing that sending the healthy away from jobs back home for fears of infections is “honestly moronic.”

In a showdown with President Trump, Biden asserted that it’s impossible “to get the country moving until we control the virus - “that is the fundamental flaw of this administration’s thinking to begin with,” the Democratic presidential hopeful said.

As per Luongo, there is little more to it than fear-mongering with a “nice soundbite”:

"Too bad it runs completely counter to thousands of years of human history where the sick and at-risk are protected and/or quarantined while the healthy face the threat and keep society functioning,” Luongo stresses.

When asked what it would be like if Biden was president, the analyst says there wouldn’t have been “this COVID-19 scam on us in the first place.” He believes all the necessary measures would have been taken behind the scenes, not upfront - the way Barack Obama did in response to the Ebola epidemic, like the push for universal vaccination, medical passports etc.

Dwelling on the Dems’ current intention, the analyst says:

“The threat that Trump's second term and Brexit represent to the globalist, neoliberals, who I call The Davos Crowd, is palpable and they want control over the White House at any cost.”

As for Biden’s economic promises with this regard, Luongo believes that they are not realistic at all.

The Dems-promoted Green New Deal is “nothing more than a bailout” for the global overburdened financial system that is “on its last legs,” the expert says adding that the socialist initiative is meant to facilitate the destruction of “trillions in middle and lower class wealth to ensure there is no opposition to their [Dems’] continued rule.” 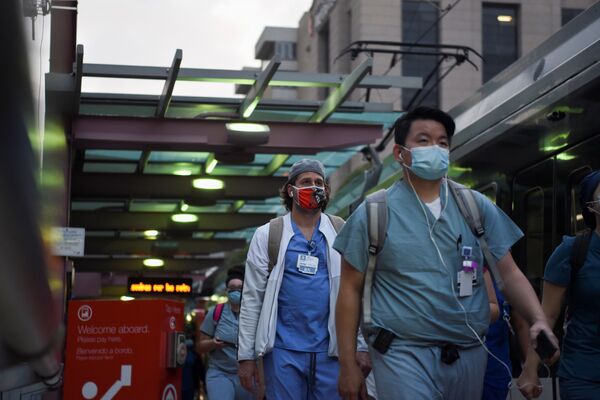 The US economy shrank by 5 percent in the first three months of 2020 in its sharpest decline since the financial crisis of 2008/09, as most of the 50 states in the country went into lockdown to stem the COVID-19 outbreak in mid-March. As the nation moved to free itself from the pandemic-induced restrictions, as promised by Trump, a surge in cases has been seen in a number of US states, with many cautioning there could a full-fledged second corona wave.

The New York Times database showed the number of new coronavirus cases in the country rose by 80 percent in July as compared to the previous month, with a fresh record for new cases reported in a single day on 7 July - 60,021. Arizona, California, Florida and Texas accounted for nearly half of all new cases in the US.

On Friday, the CDC projected that the coronavirus death toll (currently at 178,000, per the Johns Hopkins University) in the US was likely to hit 195,000 by mid-September. According to the university’s estimates, over 5.5 million people have contracted the novel virus across the country.