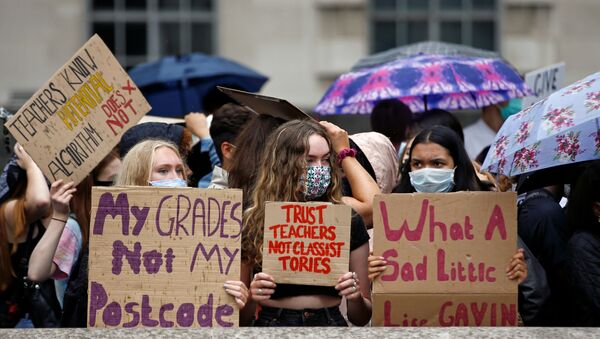 © REUTERS / Henry Nicholls
Subscribe
Svetlana Ekimenko
All materialsWrite to the author
Education Secretary Gavin Williamson had been warned that the A-level and GCSE grading algorithms might result in students being given lower-than-anticipated grades, The Times had earlier reported, citing a source within the Department for Education, who revealed that the minister had opted to push ahead with the controversial algorithm regardless.

Fresh speculations have been unleashed regarding the future of UK Education Secretary Gavin Williamson after reports claim that he skipped an important meeting with education authorities to go to a seaside resort a week before the A-level results were handed out – triggering the grading scandal, reported The Sunday Times.

Instead of scheduling a meeting with school leaders to discuss the return of children to school in September amid the coronavirus pandemic – an issue earlier underscored by Prime Minister Boris Johnson as a “national priority”, Williamson was away visiting family in the seaside town of Scarborough in the week beginning 3 August, just when the grading issue began to gather steam in Scotland, only to subsequently spread to the rest of the UK. 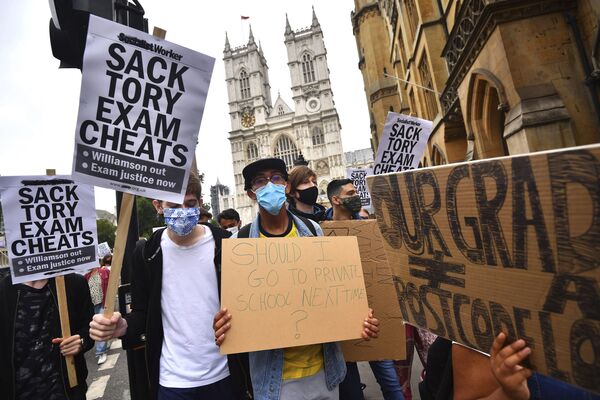 While enjoying the seaside getaway, Williamson reportedly “liked” a spate of Instagram snapshots shared by another education minister who is currently under fire for choosing to remain on holiday - hiking and mountain biking in the French Alps – as the A-levels grading uproar reached its climax, with students, parents and teachers spilling into the streets in protest, writes Mail on Sunday.

Gillian Keegan, who is Minister for Apprenticeships and Skills at the Department for Education and is jointly responsible for post-16 education strategy, stayed on holiday despite quarantine restrictions coming into effect that would require her to self-isolate for 14 days upon returning to the UK.

Just two days after students were handed their A-level exam results in the UK, on 15 August, Keegan reportedly wrote on social media that she would have to “make the most of it [our holiday] as we will be #quarantined for 14 days when we get back”.

The minister is now likely to miss attending the Commons in person when it resumes on 1 September due to the self-imposed quarantine.

There has not been any official comment on the report either from Keegan, or Gavin Williamson.

The UK government and, specifically, the Education Secretary, have been slammed for their response to the grading scandal, with many frustrated students, parents, teachers and politicians calling for the resignation of Williamson after a U-turn on the use of the algorithm that had disproportionately downgraded students at “disadvantaged” schools.

In the immediate aftermath of his U-turn, that was announced on 17 August, Williamson had responded to criticism over his perceived slow response, despite a similar situation having previously taken place in Scotland, by claiming he had become aware of the problem over the weekend prior to his Monday decision. 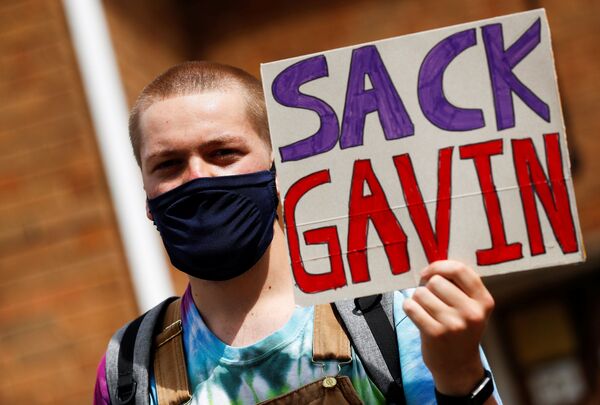 A-level student holds a placard during a protest about the exam results at the constituency offices of Education Secretary Gavin Williamson, amid the spread of the coronavirus disease (COVID-19), in South Staffordshire, Britain, August 17, 2020. REUTERS/Jason Cairnduff
© REUTERS / JASON CAIRNDUFF

However, The Times reported on 20 August, citing a senior source at the Department for Education, that Gavin Williamson and the UK grading regulator Ofqual had been warned that the A-level and GCSE grading algorithms might backfire, resulting in lower grades for hundreds of thousands of students, who would be stripped of an opportunity to enter the University of their choosing.

The cautioning had come in a letter from Sir Jon Coles, a former director-general there, who voiced his concerns about Ofqual's grading system.

Nevertheless, after reportedly holding a video conference with Coles in mid-July on the issue, Williamson had proceeded to endorse the algorithm, driven by concerns that grades might be inflated if allowed to be based on teachers’ assessments, as well as potentially significantly delayed results. 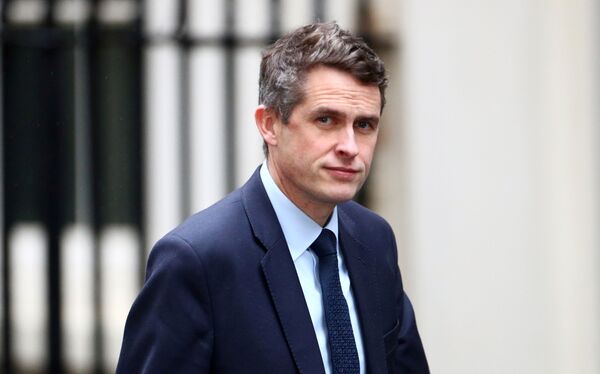 I want to see children back at school next month and I expect the Prime Minister to deliver on that commitment.

However, this commitment is now at serious risk after a week of chaos, confusion and incompetence from the Government. pic.twitter.com/V2tCgo5MQg

​On Monday, Downing Street insisted that Boris Johnson still had confidence in the Education Secretary and Ofqual chief Sally Collier, with a spokesperson stating:

"The whole government has been working hard to come up with the fairest possible system for pupils".

The Algorithm that Failed

Students in the UK were unable to sit their A-level or GCSE public exams this year due to the COVID-19 pandemic, with teachers requested to grade pupils based on objective judgements of the results they believe they would likely have got if tests had been held.

However, a new “moderation” algorithm had been introduced by the regulator, Ofqual, that resulted in almost 40 percent of predicted A-level results – the qualifications needed to get into university – being downgraded.

Some 280,000 students reportedly witnessed their grades drop by one grade, depriving them of a place in their chosen courses.

The problem was generated by the algorithm that moderated the results based on A-level grades from the same schools from 2016 to 2019, under the assumption that a school is anticipated to perform the same on average in a subject as it has in previous years.

This approach appeared to discriminate against students from lower-ranking institutions who did better than their school’s average.

According to Ofqual data, private schools did much better, with as many as 49 per cent of grades at English private schools at A level or above. Conversely, such results were awarded to 21.8 percent of students at comprehensive schools and 20.8 percent at sixth form colleges.

A similar situation had occurred earlier in Scotland, where the downgrades were scrapped, and replaced with the higher estimates submitted by teachers.