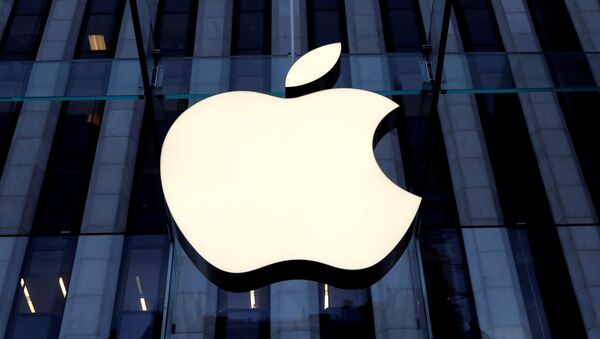 © REUTERS / Mike Segar
Subscribe
Max Gorbachev
All materialsWrite to the author
The news adds to Apple’s problems as it faces a court battle with Epic Games, which accused the Cupertino-based company of operating “a complete monopoly” and filed a lawsuit against Apple, a move that was supported by many app developers.

The founding developer of free application WordPress, which allows users to create websites, revealed that Apple was no longer releasing updates or fixing bugs until it adds in-app purchases into its application. This function is used by developers worldwide to profit from their applications, despite the fact that they give them away for free. For example, a user is offered premium content for purchase, or allowed to skip a difficult level in a game for a fee.

All purchases are done within the application and Apple gets a 30 percent cut. That’s how the company’s App store (and also Google Play) works.

The problem with WordPress is, unlike other applications that offer premium content or unique features, there’s nothing you can buy within the app, and that’s that.

But Apple, which recently became worth 2 trillion dollars, apparently is not satisfied with the state of things and is demanding the introduction of an in-app purchase function, said WordPress founding developer Matt Mullenweg.

Heads up on why @WordPressiOS updates have been absent... we were locked by App Store. To be able to ship updates and bug fixes again we had to commit to support in-app purchases for .com plans. I know why this is problematic, open to suggestions. Allow others IAP? New name?

​WordPress by itself is a free app, which is developed by WordPress.com, a commercial entity that helps users create sites with the software used in WordPress and also makes money by selling domain names and other unique features, like custom plugins, storage, etc.

Apple says that according to its policy, in-app purchase is required whenever applications allow users to access content, features or subscriptions that they have acquired on other platforms (for example on an application’s website). In other words, Apple says if people can buy something on WordPress.com, then the WordPress application needs to introduce an option offering purchases through the app and Apple will get a 30 percent cut form those purchases.

This angered people online, especially when they learned that they couldn’t access updates of WordPress because of Apple’s desire to profit from the app.

In the end, the application’s developer Matt Mullenweg agreed to Apple’s requirements.

I am a big believer in the sanctity of licenses. (Open source relies on licenses and copyright.) We agreed to this license when we signed up for (and stayed in) the app store, so going to follow and abide by the rules. Not looking to skirt it, hence doing what they asked us to.

​Essentially one of the world’s richest companies is accused of forcing a developer to monetize its free app so that Apple could make more money.

The development comes as the Cupertino-based company already faces problems after Epic Games, the developer of Fortnite, one of the most popular games in the world, filed a lawsuit against Apple accusing the company of operating "a complete monopoly". The clash between the two started after Epic decided to offer a 20 percent discount on the currency used in the game, but only if users paid for it directly to the company instead of using Apple’s in-app purchase, for which the company gets 30 percent cut. Apple accused Epic of violating its rules and banned the game from its App Store.

Incidentally, Apple is not the only company Epic Games has sued. Google too banned the company’s game after it learned about the discount offer.

000000
Popular comments
Apple should be broken into tiny applets that are then sold in the marketplace thus ending its monopoly.

TruePatriot
23 August 2020, 05:55 GMT3
000000
This is the maerikan way.. take a cut from everything.. You want to jog and take more breaths, pay goldie a feee for it. Drink more water after an exercise, pay jamie a cut for it.. now here apple and google are in the same game, they do nothing but take a cut.. Its like a car truck bus or plane dealer getting a cut off every ticket.. They dont even manufacture it, just sell it. Aint that nice? Its the amerikan way to profit of someone elses work..