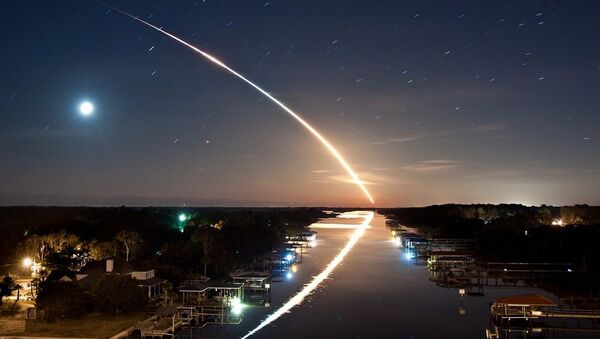 CC0 / /
Subscribe
International
India
Africa
Andrei Dergalin
All materialsWrite to the author
The meteorite in question is reportedly believed to be exceptionally old and may potentially contain “material even older than our solar system”.

A peculiar meteorite that was discovered in Antarctica back in 2012, designated Asuka 12236, may help scientists shed light on the "stubbornly asymmetrical" nature of life on Earth, space.com reports citing a recent statement made by NASA.

As the media outlet points out, while amino acids, the "building blocks of proteins", come in "two mirror-image forms", dubbed left-handed and right-handed by scientists, all known life uses only the former variety - "right-handed versions of these molecules exist but don't make it into proteins".

And it turns out that not only is the meteorite in question rich in amino-acids, but said amino-acids are "left-handed" too, which may suggest that this tendency is not exclusive to our planet – unless, of course, the space rock was subjected to terrestrial contamination.

"The meteorites are telling us that there was an inherent bias toward left-handed amino acids before life even started," said Daniel Glavin, astrobiologist at NASA's Goddard Space Flight Center and lead of the new study. "The big mystery is why?"

The meteorite itself, which is about the size of a golf ball, is reportedly believed to have crashed into our planet millions of years ago and might even contain "material even older than our solar system".

According to the media outlet, Glavin and his team now intend to “keep looking at meteorites” in order to discern how "amino acids manifest in space rocks".