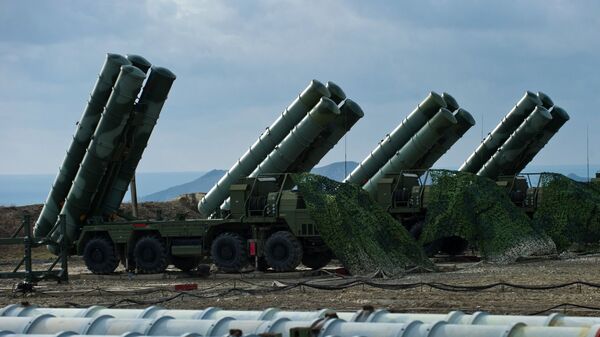 Aakriti Sharma
Sputnik correspondent
All materialsWrite to the author
New Delhi (Sputnik): The US is the second-largest defence exporter to India after Russia. Designated as a major defence partner by Washington, New Delhi signed two arms deals worth over $3.5 billion earlier this year during President Trump's visit to the country.

US Assistant Secretary of State Clarke Cooper has reiterated America's dismay over India's military procurement from Russia. Issuing a warning, he said New Delhi's purchases of significant Russian weapons like advanced anti-aircraft systems or fighter jets "may impede its defence cooperation with the West".

In spite of the US threats, last month India approved the purchase of 21 MiG-29s and 12 Su-30 MKI aircraft, worth over $2.5 billion. Indian Defence Minister Rajnath Singh had also urged the expedited delivery of S-400 air missile defence systems.

India and Russia signed a $5.43 billion deal to buy S-400 air missile defence systems in October 2018. The systems can carry three different types of missiles capable of destroying a variety of aerial targets at a short-to-extremely-long range, from reconnaissance aircraft to ballistic missiles.

Amit Cowshish, a former financial adviser (Acquisitions) to the Ministry of Defence, believes imposing sanctions on India will harm Washington's own interests as India today is one of the largest markets for the US. "All India-US relations is riding on is defence trade, there's no other area where we have made any substantial progress", he says.

Trump on Trade Deal With India: US Being Charged Large Amounts in Tariffs
Regardless of a US-India trade deal hanging in the balance after several rounds of negotiations over tariffs, etc., defence trade between the two countries has received a push over the years. Defence trade between India and the US has increased from less than $1 billion in 2008 to $18 billion in 2019. As per a SIPRI report, the US is now the second-largest arms supplier to India after recording "over 550% growth in 2013-17 compared with the previous five years".

Cowshish underlines that if the Trump administration goes ahead with sanctions, India will say that it can't purchase the equipment from the US, which will harm their own industry in terms of a single huge market, because India is a very attractive destination.

Without ruling out the possibility of the US working on this threat and imposing sanctions, Cowshish says: "I don't think that there are any realistic chances because if they wanted to do it, they ought to have done it when we decided to go ahead with S-400". He also mentions that American officials and think tanks have been saying that CAATSA is meant for Turkey and not for India but it's a reality and there is no exemption for India. 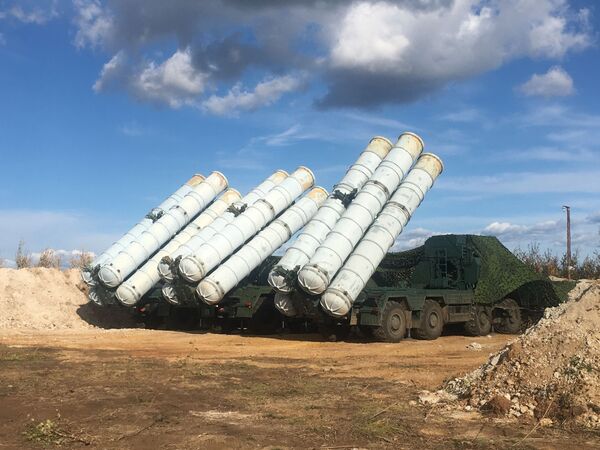 Last year, soon after India announced the delivery of five S-400 Triumf units, the Trump administration threatened India with sanctions under CAATSA (the Countering American Adversaries Through Sanctions Act) and offered American missile defence systems to New Delhi instead of the Russian system. India and Russia by then had found way to skirt sanctions by making payments in their own currencies.

CAATSA requires the imposition of certain sanctions on persons/entities who knowingly engage in a "significant transaction" with the defence or intelligence sectors of Russia.

Not Good Options to Relieve US Pressure

Snubbing the US over its "complaints" last month, Indian External Affairs Minister S Jaishankar had advised Washington to go beyond alliances and learn to "work in a more multipolar world, with a more plurilateral relationship".

Cowshish also believes that it would be ill perceived if India, under pressure, say they're not going to purchase anything from Russia. He says India can't afford to antagonise Russia because it depends heavily on Moscow for the supply of spare parts and other technical assistance as well as maintaining a large inventory of equipment that it has been buying from Russia for such a long time, so it has to continue.

Russia is India's top defence supplier and the same is reflected in 86% of the equipment, weapons, and platforms currently in military service in the country. The figure is a whopping 90% if around 10,000 pieces of military hardware are also taken into consideration, as per a paper by the Stimson Centre. 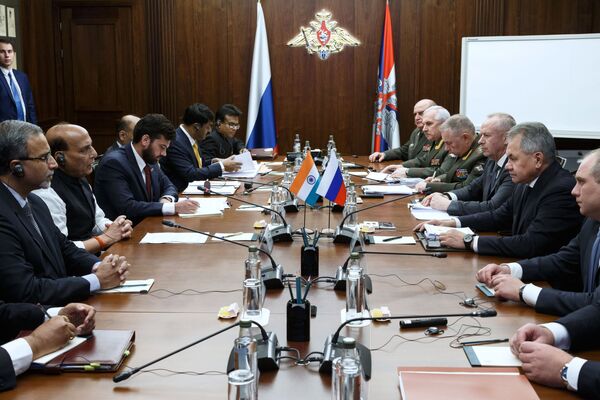 Cowshish says: "If India is buying something from Russia, it means it makes commercial and strategic sense. I don't think India is going to be swayed by American threats on this count".

Under its many efforts to reduce New Delhi's dependence on Moscow for arms, India was made the "the first non-treaty partner to be offered a MTCR Category-1 Unmanned Aerial System, the Sea Guardian UAS manufactured by General Atomics" under the Trump administration. Furthermore, the US accorded India Strategic Trade Authorisation-1 (STA-1) status through a federal notification.

Foreign policy expert on the US, Kashish Parpiani, in a paper for the think tank Observer Research Foundation writes: "The Trump administration's incentive to push for more significant defence trade with India pertains to the US security establishment's long-term plan to oversee India's emergence as a goods provider in the Indian Ocean region and, consequently, greater integration into the Indo-Pacific security calculus".

Despite major developments between India and US under the Trump administration Cowshish says: "Trump is losing ground in the US anyway. He is not going to be there forever. At most, he will get another term. But whatever happens won't happen because of Modi-Trump relations. Trump is not very predictive, so regardless of their personal relations, he may go whichever way he wants to go".