Trump Ordered to Reimburse $44,100 in Legal Expenses to Stormy Daniels Despite Out-of-Court Deal 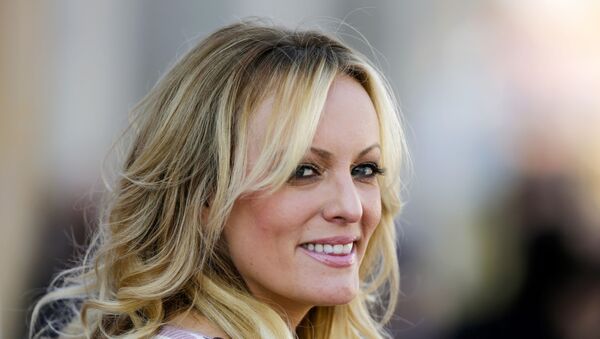 Tim Korso
All materialsWrite to the author
According to California Superior Court Judge Robert Broadbelt, even though the sides reached an agreement outside the courthouse walls and the original suit was dismissed, Daniels should be considered the winning party and hence her costs must be compensated.

US President Donald Trump has been ordered by a California judge to reimburse $44,100 to former adult film star Stephanie Clifford, widely known under her stage name as Stormy Daniels, which she spent in a legal battle with POTUS in one of the suits regarding the notorious non-disclosure agreement about her alleged affair with the then-real estate tycoon in 2006.

The former adult film actress and POTUS, along with his lawyer Michael Cohen, who signed the $130,000 NDA on Trump's behalf, had wrangled over the document since 2018, when Daniels filed three suits. One of the suits, the legal expenses for which the judge ordered Trump to reimburse her, was settled in a deal reached between the sides out of court and the suit was thus dismissed. Still, California Superior Court Judge Robert Broadbelt determined that Daniels was the "prevailing party" in the specific case based on the state's laws, thereby justifying the $44,100 reimbursement.

Trump's legal team insisted that the president was never a signatory to the NDA and thus should not cover the legal costs of the former actress, but Broadbelt pointed out that POTUS had reimbursed the $130,000 Cohen paid to Daniels, thereby becoming a party to the deal.

With her legal suits, Daniels sought to render the NDA void, among other things, following media reports by The Wall Street Journal that claimed Trump had an affair with her in the past. According to the provisions of the out-of-court settlement, Trump's team agreed to not try to enforce the NDA and sue the actress over it.

The legal battle over the hush money became the basis for allegations that Trump had improperly used campaign funds to cover up the affair, which POTUS insists he never had with Daniels. The president and his legal team dismissed the allegations of misusing funds by indicating that Cohen's expenses for the NDA were later covered by Trump out of his own pocket.