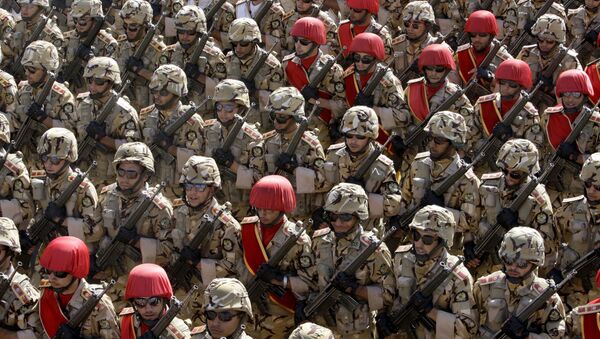 Tim Korso
All materialsWrite to the author
The announcement comes as a UN embargo on weapons sales to the Islamic Republic is about to expire amid continuing opposition to the move by the United States.

The military cooperation between Iran and Russia is constantly accelerating and "will reach new levels" in the future, the Islamic Republic's ambassador to Moscow, Kazem Jalali, has said. The envoy noted that as part of this work, Iranian Defence Minister Amir Khatami had arrived in Moscow to meet his Russian counterpart and a number of other high-profile defence officials.

Jalali went on to praise the Kremlin's efforts to defend the upcoming removal of the global UN ban on weapons sales to Iran, which is set to expire in the middle of October 2020 and is vehemently opposed by Washington.

"[By voting down the US resolution on continuing the ban, Russia] showed that it opposes illegal and futile actions by the United States", Jalali said.

US Attempts to Impose 'Snapback' Sanctions Against Iran

A ban on the sale of conventional weapons to Iran was introduced alongside the Joint Comprehensive Plan of Action (JCPOA, also known as nuclear deal) when it was signed in 2015. Now that the temporary ban is set to expire, the US has been trying to ensure its continuation via a UN Security Council resolution, which was rejected, and is attempting to trigger a "snapback" sanctions mechanism.

This mechanism was also created as part of the JCPOA and was supposed to be enacted should Iran violate its provisions, reinstating all international sanctions. While Iran indeed exceeded the enrichment levels of uranium this year, it did so after the EU and other signatories failed to protect its economy from the sanction the US enacted after ditching the nuclear deal in 2018. Tehran, Moscow, and Beijing insist that Washington has no right to trigger "snapback" sanctions since it left the accord two years ago, putting it on the verge of collapse.