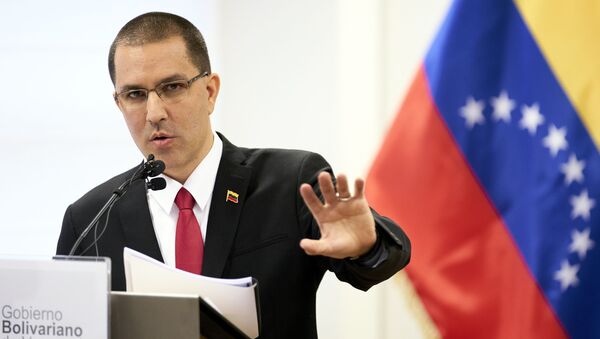 "Suddenly, something happened in 2016 … the year of the election of Donald Trump. But especially everything happened in 2017. Trump was already in office and there was a radical change of behavior from the Canadian government against the Venezuelan government. Somehow, especially through the former Minister of Foreign Affairs of Canada, Chrystia Freeland, she began to question everything about Venezuela", Arreaza told a virtual panel on Thursday.

The foreign minister added that his country and Canada enjoyed cordial relations prior to Trump’s election.

Arreaza said that under the guise of human rights, "every single day there was a different interference of Canada in our internal affairs".

The United States, he added, continues to use Canada to promote its policy interests through the so-called 'Lima Group' initiative.

Arreaza offered to participate in bilateral talks with Canadian Foreign Minister Francois-Philippe Champagne and urged Canadians to press their government to pursue normalization of relations between the two nations.

Venezuelan-Canadian relations sunk to new lows, after Juan Guaido, the head of the opposition-controlled National Assembly, proclaimed himself an interim president of Venezuela in a bid to oust re-elected President Nicolas Maduro from power.

In addition to the Trump administration, only about 50 other countries – Canada included - have recognized Guaido as Venezuela’s president.

Maduro has said Guaido is a US puppet working with Washington to orchestrate a coup so that the United States can control Venezuela’s natural resources.