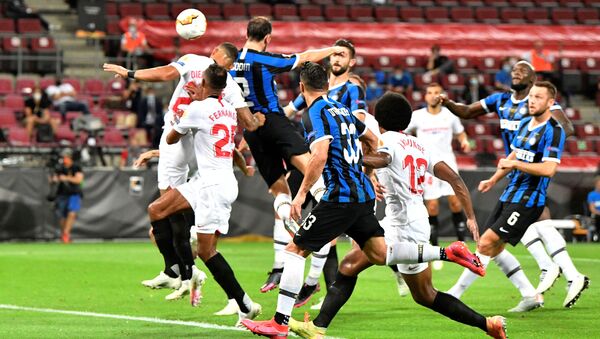 © REUTERS / POOL
Subscribe
The final match of the 2020/21 UEFA Europa League competition kicked off at 19:00 GMT on Friday night at the RheinEnergie stadium in the German city of Cologne.

Sevilla supporters took to the streets of Seville to celebrate the victory of their team, which overcame its rival, Italian football club Inter, with a final score of 3-2.