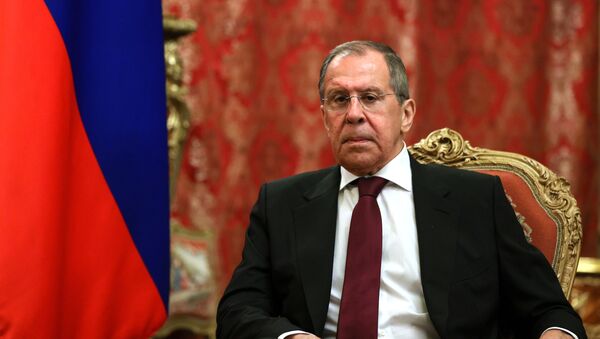 According to the diplomat, the restoration of Palestine's unity on the platform of the Palestinian Liberation Organization is an essential prerequisite for the resumption of direct Palestinian-Israeli negotiations.

"For our part, we will continue to work with the Palestinians in order to consolidate and develop the emerging encouraging trend. We intend to hold a regular meeting of representatives of the main Palestinian parties and movements in Moscow as soon as the sanitary and epidemiological situation allows", Lavrov said.

The minister recalled that during phone talks between Russian President Vladimir Putin and Palestinian leader Mahmoud Abbas in early July, the latter welcomed the idea of holding an intra-Palestinian meeting. Lavrov also said that the Hamas Islamist movement expressed its readiness to take part in the gathering.

At the same time, the minister noted that the multilateral mechanism of international assistance to the Middle Eastern settlement — Middle East Quartet — was currently paralyzed because of the non-constructive position of the United States.

"Washington links the continuation of work within the Quartet solely to the advancement of its peace plan, known as the 'deal of the century'. Taking this into account, we expressed our readiness for further interaction on Palestinian-Israeli issues in the trilateral format — with the UN and the EU — with the possible involvement of leading regional states and organizations", Lavrov added.