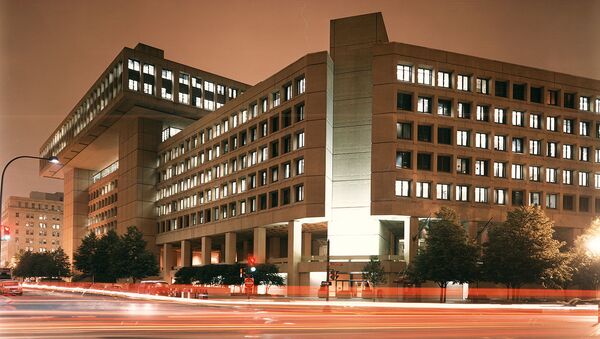 Oleg Burunov
All materialsWrite to the author
In May, New York-based Jewish non-governmental organisation the Anti-Defamation League reported that 2019 had been the worst year in terms of anti-Semitic attacks across the US since the group began keeping records in 1979.

The US Federal Bureau of Investigation (FBI) has apologised for tweeting a link to a 139-page selection of the agency’s files on “The Protocols of the Elders of Zion”, a fabricated anti-Semitic text that accuses Jews of world domination.

In a series of tweets, the agency explained that the early 20th century document was published "via an automated process” that sends links to records that have been made public via Freedom of Information Act (FOIA) requests.

Earlier today FOIA materials were posted to the FBI’s Vault and FOIA Twitter account via an automated process without further outlining the context of the documents. We regret that this release may have inadvertently caused distress among the communities we serve.

“The FBI often receives information from members of the public, which is captured in our permanent files and released under FOIA law. The FBI must process historical files that were collected in the past, some of which may be considered offensive”, the agency added.

The remarks came as international Jewish non-governmental organisation the Anti-Defamation League (ADL) berated the FBI for failing to note that the document is “virulently anti-Semitic” when extending its apologies.

“We have already received reports from many in the American Jewish community who are hurt by the irresponsible way this document was released. We call on the FBI to correct this mistake now, and do better in the future”, the organisation said in a statement on Friday.

The Auschwitz Memorial and Museum, for its part, expressed regret over the FBI tweeting the document, adding that “the context of the antisemitic hoax is there, deep inside the documents; context really matters”.

'This Is CNN': Staffer Quits US Liberal News Network After Anti-Semitic Tweets Exposed
In mid-May 2020, the ADL reported that there were at least 2,107 hate crimes committed against Jewish people across the US in 2019, the highest the number since the organisation began tallying anti-Semitic crimes in 1979.

The Protocols of the Elders of Zion were first published in Russia in 1903, translated into multiple languages and then disseminated internationally. The document, which was allegedly written by a Tsarist official, claimed that Jewish leaders were plotting to control the world.