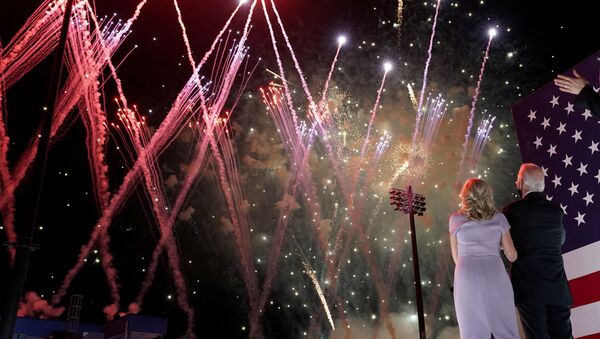 On Thursday, Joe Biden accepted the Democratic National Convention’s (DNC) nomination as presidential candidate. However, neither Biden nor the convention at large were willing to discuss concrete policy measures, which is what Americans need now more than ever, but instead chose to focus on the vague specter of US President Donald Trump.

Peter LaVelle, the host of RT’s “CrossTalk,” told Radio Sputnik’s Fault Lines on Friday, that everything about the DNC speaks to the indifference of the rich elites who dominate the US “donor’s democracy” to the struggles of working Americans.

LaVelle told hosts Jamarl Thomas and Shane Stranahan that Biden’s acceptance speech was “completely vacuous,” but that he was surprised the 77-year-old former vice president and senator, who is known for losing his train of thought, actually finished the speech at all.

“All of the speeches were virtue-signaling, they had very little to do with policy. It’s a beauty contest,” he said, noting the convention was wholly focused on the specter of “the bad orange man,” meaning Trump, whom Biden will challenge for the presidency in November.

“That’s not politics, that’s not policy. So we just got a badly choreographed, weeklong infomercial,” LaVelle said, noting that “we should expect the same thing from the GOP next week - or maybe they’ve learned a few lessons of what not to do.” 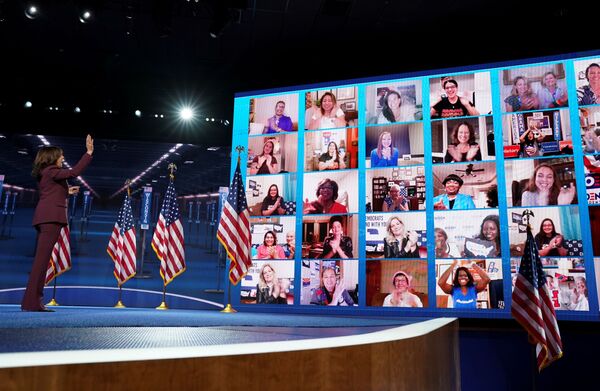 “But you know, we are in the middle of a pandemic, there is a extreme economic turndown for tens of millions of Americans, and they have these cheesy music clips that they throw into the middle of it. I don’t think that the convention gave the gravity of what’s going on. I don’t think it represents a lot of” people in the Democratic Party, he said, such as progressives, “and progressives, as much as I disagree with them on many points, they’re policy wonks like me. We need policy right now; we don’t need to feel good through identitarian politics and this virtue-signaling night-in and night-out. It doesn’t reflect the gravity of the hour, of what’s facing the country,” he said.

“This ‘democracy dies in the dark’ - well the administration that Joe Biden was a part of tried to overthrow the democratic will of the American people after the 2016 election, so nobody at the DNC has any right to talk about democracy in America. And I’m hopeful that we’ll have these investigations wrapped up before the election and there will be indictments of people that tried to subvert democracy. So anyone in the DNC talking about how Trump is destroying democracy - I can’t say it on your radio program, but that really infuriated me,” LaVelle told Sputnik.

“It’s insulting. Democracy is under threat … all across the country, and it’s a donor’s democracy,” LaVelle said about the wealthy financiers of the two political parties. “We’re in a pandemic, and you can’t talk about health care - that’s because of the donors. And we’re going to see the same thing next week with the GOP.”

LaVelle said the prevailing message of the Democratic Party has been the necessity of accepting Biden’s mediocrity instead of entertaining any new ideas or persons.

“We know what we’re going to get. I mean, Joe Biden was vice president for eight years. Look at all of the people surrounding Biden. What we’re basically being told [is]: settle for the status quo. Because you know what? The DNC and their donors, they’re just fine, if not richer, after this pandemic and economic turndown. The status quo is just fine.”

“The whole convention was ‘suck it up.’ It was the ‘middle finger convention,’ saying, ‘The status quo, neoliberalism works for us - maybe not for you, but you know what? You don’t have much say in it.’” 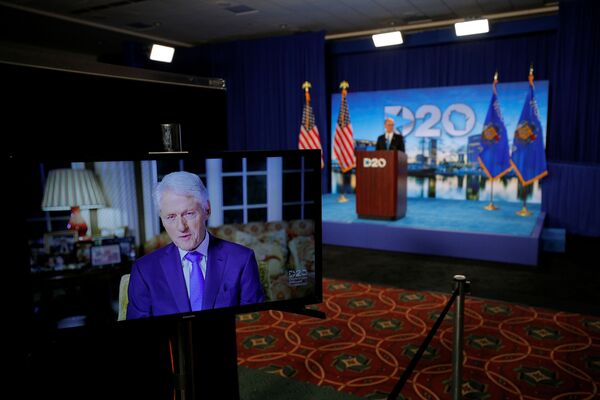 However, LaVelle said much the same would come from Trump at the Republican National Convention next week, since while Trump ran as a populist, anti-establishment candidate, his last four years have been virtually identical to those of George W. Bush, the previous Republican president.

Thomas asked LaVelle what a prospective Biden presidency would look like after four years; the talk show host shot back: “Ask Kamala Harris what that will be like. Maybe we should ask [whom] Wall Street will pick for his Cabinet? I mean, this is what will happen here.”

“You know what’s really irritating is that there are answers out there. I mean they make it sound like, you know, it’s all unsolvable. No, it is solvable. Actually, a lot of these things could be easily taken care of: a massive cut to defense spending, turn it into infrastructure, create jobs programs - I’m saying this as a conservative. But that’s what you need government for; that’s what governments should do. When there’s an emergency, that’s who you’re calling: 9-1-1. We need help, and that’s what they should be doing right now.”

“The biggest myth of this neoliberal agenda was exposed when they did the stimulus bailouts. ‘Oh, there’s plenty of money, apparently, plenty of money out there!’ You can’t say that anymore. You can’t say ‘We don’t have any money,’ because they made sure that their friends and their donors and special interests, they got paid off. But the working class didn’t.”

LaVelle said this is where the strength of “a disruptor” like Trump comes from, someone who “owes nothing to anybody.” However, Trump ultimately became the tool of the “inter-agency consensus,” and yet another election that delivered a firm anti-war verdict was overruled.

“This is the dilemma of empire. Empires don’t know how to downsize; they only know one direction until they get a really rude wakeup call. The British got it in the First World War. Is the United States going to have a Waterloo in the South China Sea? It’s very possible.”