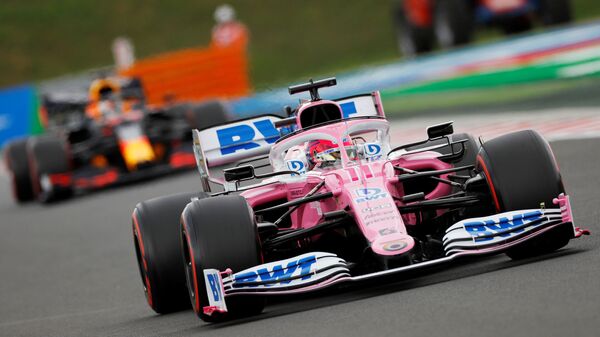 © REUTERS / Leonhard Foeger
Subscribe
Cigarette makers plan to spend $115 million on advertising and sponsorship in the 2020 season to target the motorsport’s 500 million fans.

Over 100 organisations and individuals have come together to call on international motor racing’s most prestigious tour to ban tobacco advertising altogether.

The 101 signatories added their names to a letter to the Fédération Internationale de l’Automobile (FIA) from international campaign STOP (Stopping Tobacco Organisations and Products).

“We are calling out the FIA – it can’t keep ignoring this problem,” said Mary Assunta of STOP partner the Global Centre for Good Governance in Tobacco Control. “While it committed to removing tobacco from the sport, under its watch the industry’s spending is on the increase.”

“FIA cannot claim to be the regulator if it cannot control its races and shirk its responsibility by giving excuses. We ask the FIA to require F1 to quit tobacco.”

That’s up from $100 million in 2019 according to STOP, which also stressed that Formula 1 has the second-highest proportion of fans aged under 25 of all international sports tournaments.

Phil Chamberlain, from the University of Bath in the UK, said there was a “conflict” between FIA President Jean Todt’s role as UN Special Envoy for Road Safety and head of the sport’s governing body.

“FIA’s claims about being ‘PurposeDriven’ ring hollow when you look at its resistance to ending tobacco industry involvement in the sport,” he said.

“The tobacco industry is a major driver of disease and death; it targets youth, women, minorities and other vulnerable groups; it profits from the exploitation of vulnerable workers in tobacco farming, and it harms the environment.”

Many countries that host Formula 1 races have tightened regulation of tobacco advertising in sport, starting with west Germany in 1976. An EU-wide ban was imposed in 2005.

But according to the World Health Organisation (WHO), 44 countries, some on the F1 tour, still allow tobacco firms to advertise at events that may be broadcast around the world.

Last year the WHO called on governments to ban all tobacco promotion in sport, including motor racing, as part of its Framework Convention on Tobacco Control.

The Marlboro-sponsored red Ferraris and the black and gold Lotus John Player Special cars of the 70s remain icons of the sport.