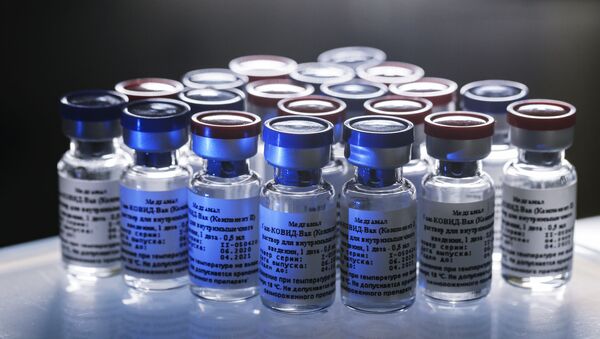 Rishikesh Kumar
All materialsWrite to the author
New Delhi (Sputnik): While the world's first registered COVID-19 vaccine, made by the Moscow-based Gamaleya Institute, is about to move into phase III clinical trials, a large section of the Western media and pharma lobby launched a massive campaign to delegitimise Sputnik V.

Kirill Dmitriev, CEO of the Russian Direct Investment Fund, has revealed that data related to the world's first vaccine, dubbed Sputnik V, will be published in the next few days, as the process is already underway.

If Putin's Own Daughter Was Given Russian Vaccine, There's Simply No Better Drug - Vietnamese Expert
So far, the Russian vaccine has received requests for more than one billion doses from over 20 nations that have expressed interest in the anti-COVID-19 drug.

As India is reeling under a high number of COVID-19 cases on a daily basis, the Narendra Modi government is also keeping an eye on Sputnik V, besides expediting the process of three other vaccines that are being developed in the country.

Sputnik spoke to Ashwani Mahajan, national co-convener of Swadesh Jagran Manch, which is a sister organisation of Rashtriya Swayamsewak Sangh (RSS) that deals with economic issues.

Sputnik: You have been tracking the vaccine manufacturers and their practices for years. A few days back, Russia registered the first vaccine for COVID-19, which has faced flak from a certain section of the world. How are you assessing the development and controversies around it?

Ashwani Mahajan: There are many efforts underway in the world to find a vaccine and this (Sputnik V) was also one of them. We respect all experiments, similar efforts are also taking place in India, and there are about six vaccine trials which are being funded by Bill Gates, so we have to respect all these efforts, including the Russian.

Russia has done good work in vaccine science. The Russian health minister has said that the people on whom the vaccine was tested only developed COVID-19 anti-bodies, and there were no demonstrative serious complications. We don’t have data to believe Russia’s efficacy, but to make the world accept the vaccine, this data should be published. However, at the same time, the rest of the world should be supportive of the efforts.

Sputnik: Do you also believe the claims that Russia developed the vaccine in haste?

Ashwani Mahajan: Currently, people across the globe are anxious and are eagerly waiting for the vaccine. It usually takes six to seven years to develop a vaccine, but nobody is taking this time and everybody wants to quickly make a vaccine and in this, Russia is also there.

We are not blindly supporting the Russian vaccine, but what we are saying is we should be considering the efficacy of the vaccine and the cost of the vaccine. Once the efficacy issue is resolved, then the cost would be an important issue. My feeling is that on both these accounts, the Russian vaccine would pass the test. With this, those who are trying profiteering from the pandemic, their efforts would be defeated.

Sputnik: Initial indications suggest that India is ready to purchase the vaccine if its own candidates take time. What should be the criteria to choose a vaccine from global players?

Ashwani Mahajan: There are a number of candidates for vaccines in the Western world, including that of Oxford and other vaccines being supported and funded by Bill Gates, India is also working on three vaccines, therefore all are potential candidates. In this case, the litmus test would be which one has more efficacy, which is more safe, and which is of least cost. All these three considerations would be there.

The best part is that now the good news has started coming that a vaccine has either been developed or is in the process of finalising, but my submission is that any vaccine should not be looked upon with doubt, and profiteering should not be considered in this pandemic because the whole of humanity is in trouble. It is a question of saving the human race.

The silver lining is that in the vaccine development, there are so many candidates, all are producing a vaccine, one or the other type. Otherwise it used to be the case that only one vaccine was produced and it used to have a monopoly, but this time, this monopolisation wouldn’t be possible.

Sputnik: Universal vaccination is being touted as the only solution to this pandemic, but it will have a serious impact on the under-developed and developing world in terms of budget.

Ashwani Mahajan: Some of the countries have limited health budgets and due to this monopoly, a big chunk of that budget goes into vaccines. And this narrative is created that a vaccine will solve everything, but that is not the case. If a vaccine was the answer to everything, then the world wouldn’t have been in a pandemic. If a vaccine was the answer, people wouldn’t be suffering from TB (tuberculosis). A vaccine is not the answer and there are so many more health concerns before the world which need attention: money, infrastructure, and doctors. We can also see the side effects of vaccines. The way autism is increasing in the US due to excessive vaccination is also a question. 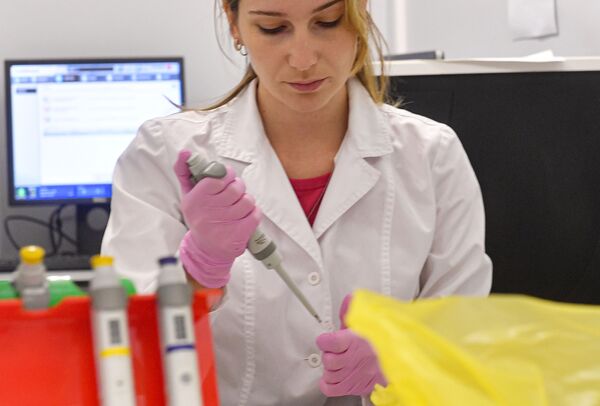 A scientist works inside a laboratory of the Gamaleya Research Institute of Epidemiology and Microbiology during the production and laboratory testing of a vaccine against the coronavirus disease (COVID-19), in Moscow, Russia
© Sputnik / Vladimir Pesnya
/
Go to the photo bank

The vaccine lobby tries to term it as the answer to every problem, which is not correct, so all the money is spent on vaccines, which eventually profits these companies, then poor people across the world are deprived of health security. We have been raising this issue. Everything has a cost-benefit analysis, so there are problems when we move towards excessive vaccination without such an analysis. Such efforts of vaccine development build confidence that the responsibility of developing a vaccine is not just with Bill Gates or some companies in the West. Others can come up with the vaccine too.

All countries should make such efforts so that dependency on these companies can be reduced. Secondly, WHO, rather than worrying about people’s health, worry more about these companies. This should be thought about. Its role should be questioned.