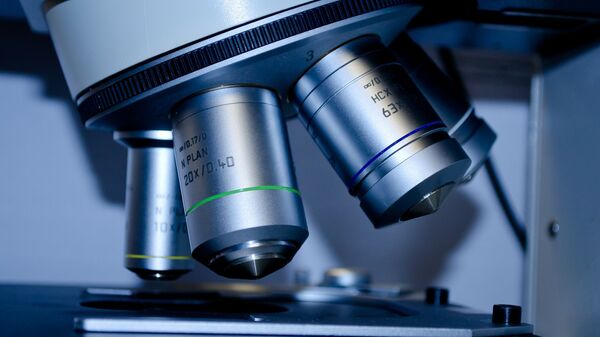 Researchers at the National University of Science and Technology MISIS have created a laboratory model of a scanning magnetic microscope based on a new magnetic sensor. According to the authors of the study, the device will help see images of the magnetic fields of studied objects.

The study's results were published in the Journal of Magnetism and Magnetic Materials.

The first scanning magnetic systems were created over 30 years ago. These devices are used in non-destructive magnetic testing to detect defects in materials and structures, as well as in biomedical apps to measure weak magnetic fields of biological objects. 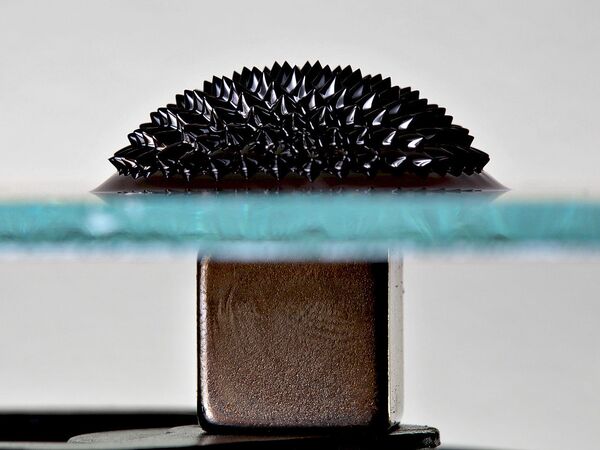 "The magnetoimpedance sensor is a small section (~4 mm) of an amorphous ferromagnetic microwire 10-20 microns in diameter (a new magnetic material with unique soft magnetic and mechanical properties) with a miniature coil on it. The sensor’s operation is based on the giant magnetic impedance effect (GMI effect), which involves changing the microwire's impedance at a high frequency when exposed to an external magnetic field. Since the ferromagnetic microwire's tip is a micron, such a sensor makes it possible to measure magnetic features with a spatial resolution of tens of micrometres with the sensitivity to the magnetic field as high as several nanoTeslas (10-9 Т)", Sergei Gudoshnikov, a leading researcher at NUST MISIS, said.

In the scanning magnetic microscope developed at NUST MISIS, the mechanical part’s design is similar to that of a standard 3D printer, but it uses a new magnetic GMI sensor instead of an extruder. When measuring, the GMI sensor moves on the object's surface at certain intervals, measuring the local parameters ​​of the magnetic field's vertical component.

Then, with a computer, the studied object's magnetic field is created using this data. The smaller the size of the sensor used and the closer it is to the object’s surface, the more magnetic features there can be on the magnetic image, Gudoshnikov explained.

According to the researcher, the developed scanning microscope's spatial resolution reached 200 microns, and the magnetic field sensitivity was 10 nanoTeslas. With this microscope, the scientists have managed to get images of magnetic fields of electrodynamic structures, segments of magnetic microwires and objects containing magnetic nanoparticles. 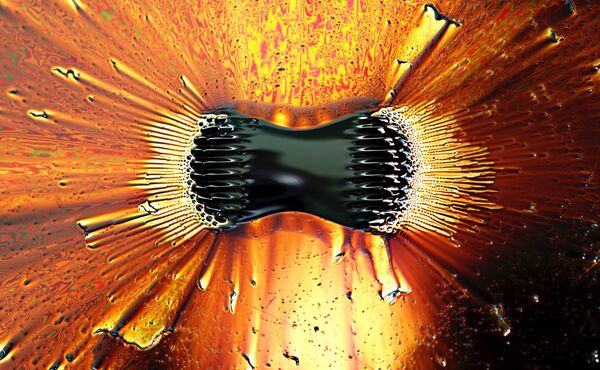 Ferrofluid collects near the poles of a powerful magnet
© Photo : Gregory F. Maxwell

The experts pointed out that the magnetic microscope will catch the attention of potential users both in Russia and abroad due to its new qualities: non-invasiveness (little effect on the studied object), high spatial resolution combined with good magnetic sensitivity, simplicity of design, and the possibility of building multichannel scanning measuring systems.

In the future, the researchers plan to increase the scanning magnetic microscope's spatial resolution up to 20 micrometres, which will make it possible to carry out detailed studies of weak magnetic fields of thin-film magnetic microstructures, ensembles of magnetic nanoparticles, and biological objects.