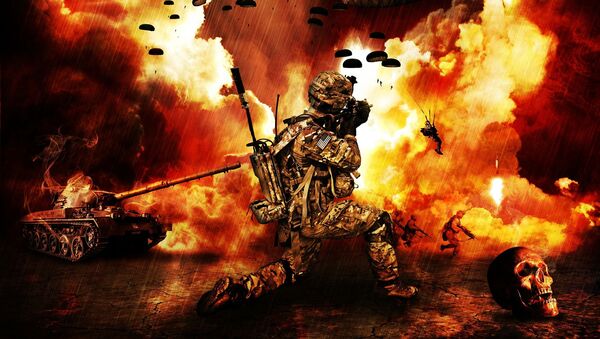 CC0 / /
Subscribe
Max Gorbachev
All materialsWrite to the author
The Global Peace Index is an annual report produced by the Institute for Economics & Peace, which ranks countries by evaluating such factors as crime levels, security, militarization, internal and external conflicts, potential terrorist acts and peacefulness.

If you ever wondered what the best place is for weathering out World War III (2020 showed us that anything is possible), then wonder no longer - the Global Peace Index revealed the countries that would likely be safest during a global conflict.

Topping the list is Iceland, the country that has held the position as the most secure and peaceful nation since 2008. The Nordic country has a small population of more than 360,000, with good societal attitudes and no tension between the social classes, which is linked to its high standard of living. Iceland also boasts a low level of crime. It has no standing army, with the country’s Coast Guard acting to defend the nation. Most Icelandic police officers do not carry firearms, and the last time a confrontation between a criminal and law enforcement resulted in the death of a perpetrator occurred in 2013.

New Zealand is second on the list of safest countries and ranked first in the Asia-Pacific region. With a population of almost 5 million, it is one of the world’s least populated nations. The country has also a good rating in terms of the freedom of its citizens and frequently appears on the list of happiest countries. However, Wellington saw a deterioration of its peaceful score by 2.3 percent after a mass-shooting on several mosques which left 51 people dead and 49 injured. The tragedy prompted authorities to ban semi-automatic weapons, and the government launched a buy-back scheme with more than 56,000 weapons handed over to the authorities.

The third-best country to weather out a global conflict is Portugal. Lisbon has seen a huge improvement in recent years, as in 2014 it was ranked only 18th. The oldest country in Europe has been highlighted for its low level of crime, which was achieved due to an increased presence of police. The country is also doing well with respect to the freedom of its citizens and is the world’s leader in renewable energy.

Other countries that made it into the top 10 list of most secure and peaceful countries are – Austria, Denmark, Canada, Singapore, the Czech Republic, Japan and Switzerland.

Afghanistan is the least peaceful country in the world for the second year in a row. The list of most unsafe countries also includes Syria, Iraq, South Sudan and Yemen.

000000
Popular comments
Most of the worst countries have been ransacked by the West!
Brit26
20 August 2020, 22:40 GMT5
000000
Of course the list of the most least peaceful nations does not include Israel or its partner the USSA. That’s because they’re the countries that are the cause of WW3.