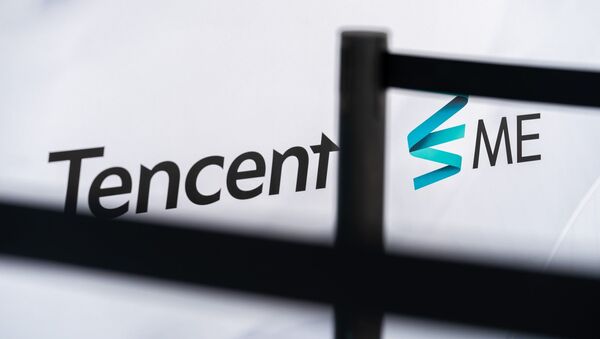 Demond Cureton
All materialsWrite to the author
The developments come after the Chinese mainland streaming services were accused of operating via "illegal" routes with local service providers, according to a Taiwanese government minister.

The Taiwanese government has announced it will ban Chinese tech giants Tencent and iQIYI in September after passing a revised law blocking local partners from providing services to the mainland firms, Variety reported on Wednesday.

Taiwan's Ministry of Economic Affairs said on Tuesday that OTT operators in mainland China will lose access to businesses in the island nation. The news comes as the government launches a two-week public consultation, with a final copy of the law set to enter force on 3 September.

The National Communications Commission will be tasked with enforcing the new executive order, the ministry announced, which could see fines from $1,500 up to $170,01 and further order to terminate services with mainland operators.

Newly-appointed NCC chair Yaw-Shyang Chen stated plans for a public hearing on 20 September, it was found.

The news comes just a day after Taipei accused Beijing of hacking government agencies and email accounts amid rising tensions between China and countries in the Five Eyes alliance with the United States.

"Chinese hacking groups have been infiltrating government agencies and their information service providers for a long time. They were aiming to acquire important government documents and data," Liu Chia-Zung, deputy director of the Taiwan Investgation Bureau's Cybersecurity Investigation Office said in a statement.

According to Liu, roughly 6,000 email accounts and ten government agencies were allegedly compromised by hackers in Beijing since 2018, stating that "some government data might have been leaked", Reuters reported on Wednesday.

Beijing Seeks 100 TSMC Chip Staff in Bid to Boost Chinese Tech Self-Reliance in Major Trade War Move
The news follows Washington's extended trade ban against Huawei, ZTE and over 70 Chinese firms on an Entity List in May, restricting the companies from accessing US technologies and prompting Hsinchu-based Taiwan Semiconductor Manufacturing to halt shipments on processors for Huawei devices after the measures enter force in September.

Numerous mainland Chinese firms has been embroiled in the ongoing trade war with the US, including telecoms giants Huawei and ZTE as well as short video social media app TikTok, with US president Donald Trump threatening to ban the latter if a domestic tech firm fails to purchase the social media platform's US operations by 15 September.

The latest move against Tencent follows proposals from US president Donald Trump, who said he may hit the Chinese company with trade bans along with ecommerce behemoth Alibaba.