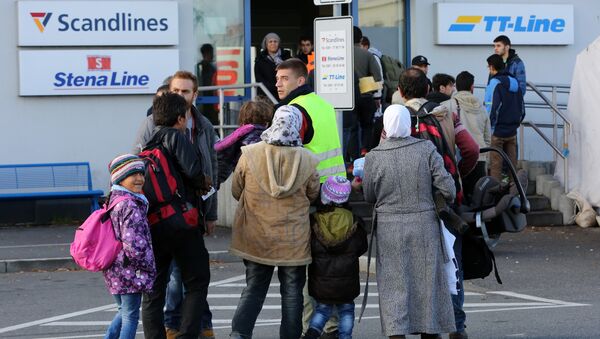 Sweden's new Arab Party sees itself as a champion of Arabs and their rights, tasked with promoting integration and unity, yet stressed that it doesn't intend to “Arabise” their new homeland.

A new party specifically targeting the country's growing Arab population has been founded in Sweden.

While the aptly named Arab Party sees its task as representing all Swedish Arabs and to "take responsibility" for "its people", it stressed that it doesn't intend to "Arabise" Sweden.

"The party's name itself should not be confused with the notion that the party stands for Arab values or seeks to Arabise Sweden", the party said on its website, emphasising its goal to ease integration and promote unity.

Instead, its aim is to "responsibly address the problems many people are experiencing today – exclusion, anxiety about the future, division and lack of sense of community".

The party claims to have a "socialist orientation with certain capitalist elements" and is religiously independent, which means that religious symbols or dress are forbidden for its representatives. The party promises to present a more detailed factual political plan in September.

According to the Arab Party's page, a prerequisite for becoming a member is to be of Arab origin, which is defined as "having an Arab background a few generations back with at least one parent". Additionally, applicants need to have a Swedish college or university education and have no police record for at least 5 years.

However, according to the news outlet Samhällsnytt, the party's own contact person, a 33-year-old man based in Malmö, was himself convicted as recently as 2017 for illegal threats and harassment.

This is not the first time Sweden's growing immigrant population, which has historically been attracted to left-of-centre parties such as the ruling Social Democrats and their allies the Greens, has embarked on political endeavours of its own. Last year, a pro-Islamic party called Nuance was started to secure the interests of Muslims.

Due to the mass immigration of recent decades and a generally higher fertility rate among newcomers, the share of Swedish residents with a foreign background has risen to about a quarter of the population.

As racial profiling is considered unethical in Sweden, there are no exact estimates of the country's Arab population.

However, going by language as a proxy, there was 155,000 speakers of Arabic in Sweden in the beginning of the 2010s. Since then, however, their numbers have soared, as Sweden took in 163,000 asylum seekers mostly from the Middle East and North Africa during the 2015 migrant crisis alone. Since then, Arabic has been estimated as having surpassed Finnish as Sweden's second-biggest native tongue.